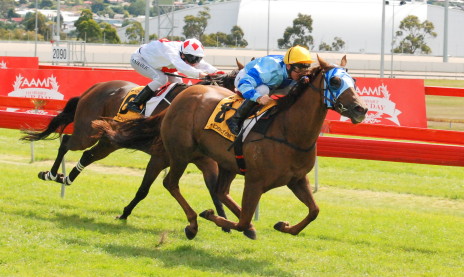 ONE of Tasmania’s top thoroughbred trainers Jason Clifford has relocated to Victoria where he will prepare a strong team of horses at Geelong starting today (Wednesday).

Clifford, 37, has made the move to realise a promise he made to himself about a year ago.

“I have always believed in my ability to train horses well and I am at the right age to make the move,” Clifford said.

“I’ve been thinking about this (move) for over a year and I made a promise to myself that provided I could find suitable stables and have the right horses to take I would make the move.”

“The last load of horses arrived at Geelong last Saturday and all have travelled really well so that’s a good start,” he said.

Clifford said some people in the industry have suggested he would be much better off remaining in Tasmania.

“A couple of people in the industry have told me I’m mad to even think I can make go of it on the mainland but I think they said it because they didn’t have the courage to have a go themselves,” Clifford said.

Clifford enjoyed a dream start to his training career, preparing Our Dashing Dane to win the 2005 Group 3 Hobart Cup in only his first year as a trainer.

The following two seasons brought more disappointment than joy for the former glazier from the Huon but he managed to fight back and continues to live his dream of being a successful racehorse trainer.

He leaves the state with one of the best strike rates in Tasmania and a reputation as a master horseman.

While Clifford will be spending next Sunday mapping out a program for his team at Geelong, he will be represented by one runner at Elwick on Sunday in the form of smart mare Huon Cry.

Listen to what Jason Clifford had to say about his move to Geelong –  click here .