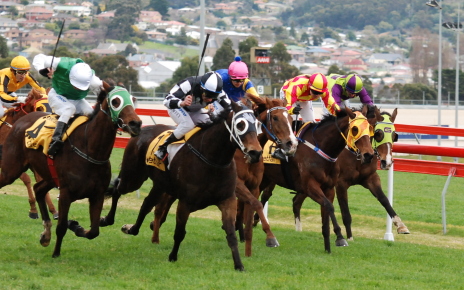 In Hobart last Sunday Crown Consul emerged triumphant at his first start for Monica Ryan and at the lucrative price of $13.

It was Crown Consul’s first outing since January and while Ryan was not overly confident he could win given it was over 1400 metres, he gave his daughter enough confidence to place a sizeable wager on the gelded son of Econsul.

It gave Ryan a double on the day with a giveaway three-year-old filly Dance Till Dawn scoring an impressive maiden win in the opening race on the nine-event card.

Crown Consul was allowed to settle in the first half-dozen by visiting Victorian rider Lincoln Coffey who had the gelding in a winning position turning for home.

In the closing it appeared Manhattan Rose would run straight past Crown Consul but Ryan’s horse dig deep and held a head margin on the line.

Crown Consul showed a lot of potential as a two-year-old but he never delivered last season and his near last effort in Launceston back in January in the Tasmanian Guineas led to his owners opting out of the gelding.