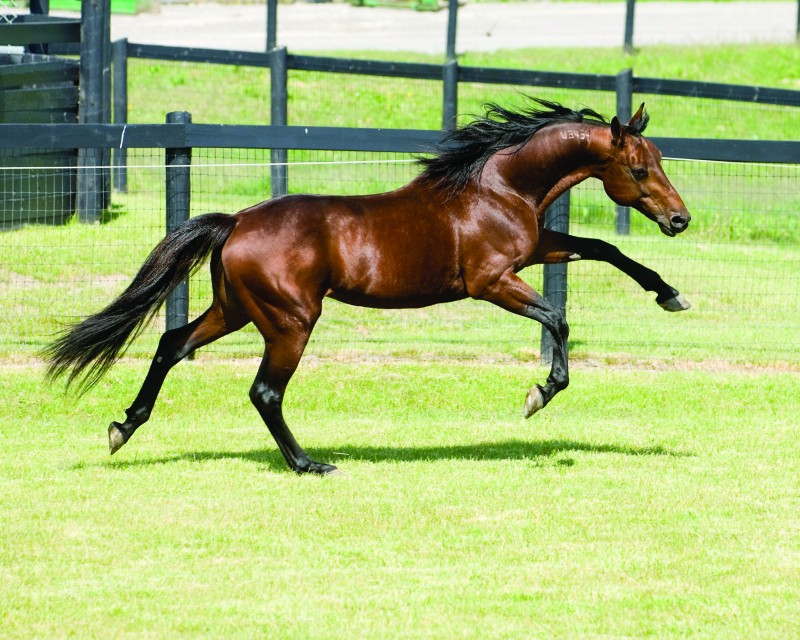 Artesian, the sire of one of Australia’s leading pacers David Hercules ($820,304), conqueror of the great Im Themightyquinn recently, and of Tasmanian’s premier mare Laterron, will stand at the Elderslie property of Sue and Hans Streit this season. He is without question one of the most proved sires available to breeders in Tasmania.

Artesian, who was first at the stud in Canada, where he sired the winners of over $2million and 10 in the 1:55 list, has enjoyed a good measure of success with his first crops on the mainland.

Besides David Hercules, a dual Vicbred champion and Breeders Crown winner, and the Golden Mile winner Latteron ($137,090), Artesian has sired some smart pacers, both colts and fillies, many of whom have distinguished themselves as two and three-year-olds.

Artesian, who had a record of 1:49.4 and a bankroll of $987,884, won in good company in America. Numbered among his major successes were the $250,000 New Jersey Classic, $275,000 Berry’s Creek Pace and divisions of the New Jersey Sires Stake, New Jersey Futurity and Reynolds Stake, while he finished a close second in the $1.5million North America Cup.

Artesian is one of the most stylishly bred horses at the stud in Australia. By the Artsplace horse Artiscape, sire of two of America’s greatest racehorses in Maltese Artist ($2.3m) and Rainbow Blue ($1.4m), he is out of the Falcon Seelster mare Hula Dancer, who holds the unique distinction of producing sub 1:50 full brothers in Maltese Artist (1:48.6) and Artesian (1:49.4).

Hawaiian Ty, the dam of Hula Dancer, produced 12 winners in 2:00, six of whom took records of better than 1:55. This is the family of Betty G, one of the gems of the American stud book and ancestress of Cognac Hanover, the leading sire in Tasmania in the 1990′s.

A 1:52 sire and classic-winning sire of Artesian’s breeding could make an interesting and valued contribution to Tasmanian pedigrees. In Australia this season Artesian has had 84 runners of which 40 were individual winners – six in better than 1:57 – for almost $700,000 in stakes.

Artesian will stand for a fee of $1650 including GST.