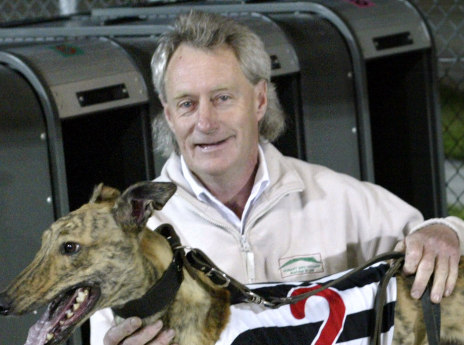 NEW RECRUIT stamped himself as a promising young greyhound when he powered his way to an impressive win in the Puppy Classic at Devonport on Tuesday.

The Mick Stringer-trained pup made the most of the inside box (one) to find the front after travelling 50 metres and from there on in it was a procession with the son of Paddy’s Flame-Miss Bardie.

New Recruit hit the line almost a length clear of the talented Pendle Beri with Hollyheath over three lengths away third.

New Recruit is part-owned by Karleen Cuthbertson who also bred the pup. She races him in partnership with Sally Wilson.

Cuthbertson said New Recruit had a few issues early on that prevented him from getting to the race track when expected but she is confident the dog has fully overcome those issues and expects him to progress quickly through the grades.

New Recruit has started only three times for two wins and he also won a qualifying heat in Hobart at his first try from the boxes.