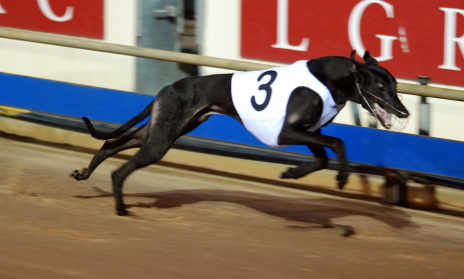 The 10-race card at Launceston tonight is sure to test punters’ resolve.

The main race is for grade three greyhounds and every runner has strong claims for a win. Franklin Bluboy is well drawn, has brilliant early pace but is not overstrong.

To Be Trew saves his best for this track, whilew Custodian, a Hobart Thousand finalist, goes well here.

Sonorous, one of four starters for Margaret Rossendell, has the ability to win while Ripple Effect has drawn awkwardly and will need luck as will Canadian Baybut.

Hollyheath has been heavily supported at recent starts and Sofia Elise has lots of ability so they should battle it out in their event.

The best bet on the card looms in race one in which the Neville Allison-trained Dilston Fencer should be too nippy for his rivals with Set Choice from the Ted Medhurst kennel being the hardest for him to beat.

Rumbling Rick (Dale Hammersley) should also figure in the finish.

The value runner is Distorted in race four. Trained at Mangalore by Susan Gittus his effort in Hobart last Thursday was a big improvement and he should appreciate strating from the inside box.