No Emotion hard to hold out 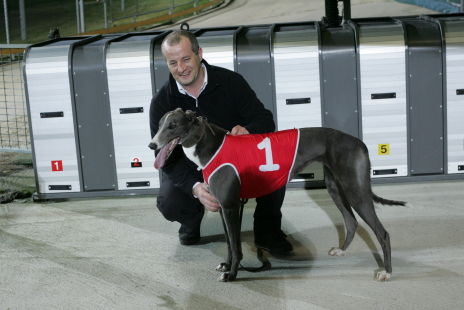 No Emotion (R2) for Mangalore trainer Mick Stringer should be hard to hold out at Tattersall’s Park tonight.

This daughter of Cosmic Rumble looks to have been maturing with every start and last week’s second to Fair Go beaten four lengths in 26.14 signifies a win is not far away.

She does have the squeeze box to contend with however she has bitches either side of her which shouldn’t cause her many problems early.

Hardest to beat would be the consistent Amadeus Wolf which has been placed at his last four and Midnight Butch as his win at Launceston was full of merit.

Bet on Black (R5) has been runner up in four of her last five starts and deserves a change of luck.

This daughter of Chinatown Lad trained by Shane Whitney has had her fair share of problems but has showed enough to be followed with confidence over her next few starts.

She does meet Canadian Bay again tonight whom she ran second to in the Easter Purse final and he looks the hardest to beat again.

For the multiples the consistent Larkhill Man and last start winner Handsome Moss look next best.

Olwyn (R11) looks to be the shortest favourite and should duly salute in the last.