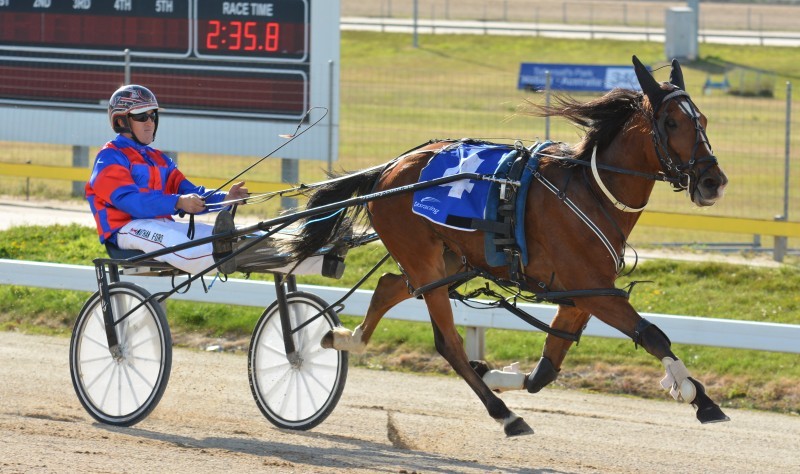 TALENTED pacer No Spring Secrets looms as one of the best bets on the eight-event card at Tattersall’s Park in Hobart tonight.

No Spring Secrets will step from gate nine on the second line in the opening event but provided the race pans out as trainer Steve Lukac expects it will enhance his horse’s chances of winning.

“My horse will follow out a fast beginner in Nobeer Nofear that has drawn gate two so provided that happens and my bloke doesn’t misbehave we should get a charmed run in the race,” Lukac said.

“It’s over a mile (1609m) and that too is ideal for my horse because he’s been freshened up since his great run in the Tasmanian Derby,” he said.

At his most recent start No Spring Secrets finished fourth in the Tasmanian Derby after losing at least 60 metres at the start but ran home to be beaten 20 metres.

No Spring Secrets possess loads of speed and Lukac is expecting him to release his biggest asset when it’s needed tonight.

“I haven’t trained a horse with as much natural speed as this bloke but early in his career he struggled to contain it and he would break gait too easily but he is getting better with age,” he said.

No Spring Secrets is assessed as an odds-on favourite in all markets with place chances given to the Eric Jacobson-trained My Mate Mick that has drawn well in gate one and Dancing Da Vinci from the Christian Salter stable will follow him out from inside the second line.