Norsqui puts Tassie back on the map 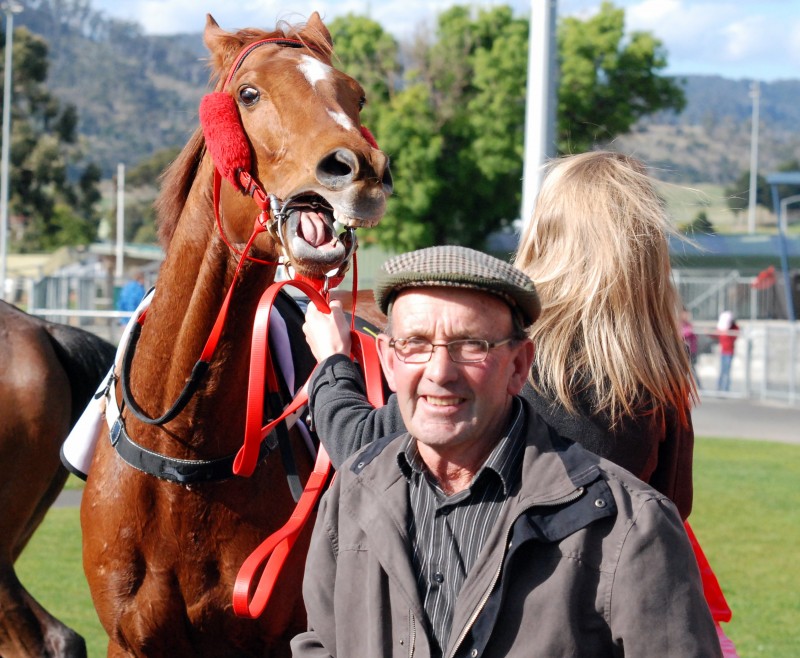 BROADMARSH trainer Walter McShane celebrated his biggest thrill in racing when his courageous home-bred stayer Norsqui gave his rivals a staying lesson to win the $400,000 Group 2 Adelaide Cup over 3200 metres at Morphetville in South Australia yesterday.

Despite finishing third in the race last year and being very competitive in the two major cups (AAMI Hobart and Launceston) he opened and $21 with most fixed odds bookmakers and drifted out to start at $26.

But the drift was no concern to his trainer or jockey Chris Symons and owner Keith Graver who is a long-time friend of McShane.

“They forgot him but I didn’t,” McShane said.

“He ran a very good race last year at the end of a preparation but he was prepared specifically with this race in mind this time around.”

“I’ve had some big thrills in racing but this is the biggest,” he said.

Symons had Norsqui settled just better than midfield and the gelding was always travelling comfortably in the run.

Local stayer Waratone loomed to win at the top of the straight and sped clear but he was unable to stave off the staying power of the Tasmanian with Norsqui going on to defeat Waratone by a half-length with talented mare Dame Claire 1-1/2 lengths away third.

Norsqui won the Mornington Cup last year with Symons aboard and given the gelding’s staying prowess connections may consider tackling the Melbourne Cup this year.

It was ironic that a recent South Australian branding logo that depicted the national landscape, left Tasmania off the map.