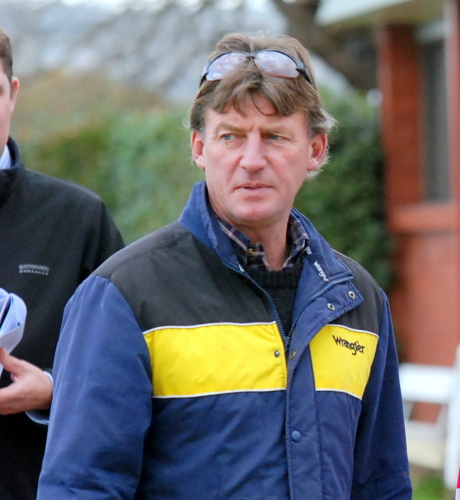 FORMER Victorian gelding North Lad broke his maiden status at The TOTE Racing Centre in Launceston on Sunday after which trainer John Blacker declared there were more wins to come.

North Lad left his rivals in his wake as he stormed past the leaders at the top of the straight and went on to score by 5-1/2 lengths from A Touch Of Shades with Miss No Socks 1-1/2 lengths astern.

Blacker said North Lad had shown above average ability from the day he stepped into his Longford stables and given the gelding’s liking for soft tracks he expects to give him more opportunities in the coming weeks.

North Lad’s jockey Stephen Maskiell said he was pleased with the way the gelding quickened for him when he called on the son of Clangalang to sprint at the top of the straight.

“He really let go today and that was very pleasing because at his first two runs here he gave me the impression he might be a one-pace type but he definitely quickened nicely today,” Maskiell said.

Listen to what trainer John Blacker had to say about how North Lad came into his stable and what awaits the well-bred gelding – click here .