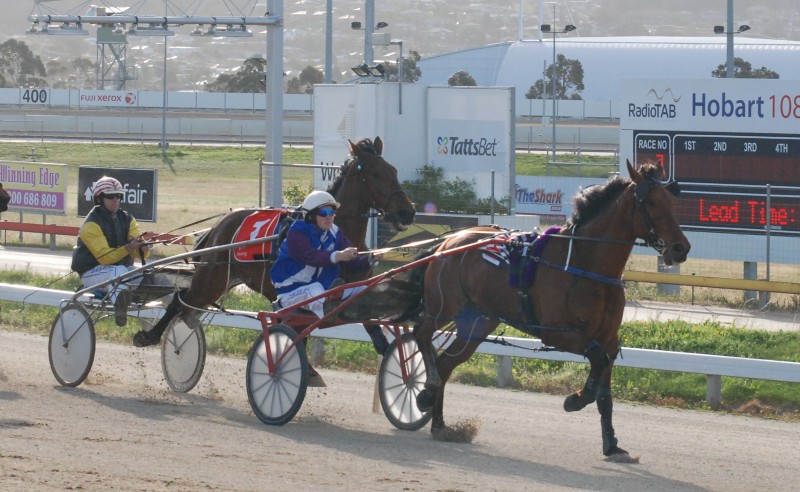 A DECISION by trainer Melissa Maine to book claiming driver Matthew Howlett to drive her five-year-old Notimetothink in a C1 in Hobart on Sunday night paid big dividends.

Howlett urged Notimetothink from the gates to eventually find the lead from barrier two and then the talented young reinsman rated the gelded son of Metropolitan superbly to go on and score by nine metres from Deejay Bromac with Bone Fide Hustler a neck away third.

It made it back-to-back wins for Notimetothink that delivered a similar performance at his previous start and it was a race-to-race double for Howlett who also guided Frankie Falzoni to victory in the opening race on the seven-event card.

Punters were relentless in their pursuit to back the gelding, forcing his price in from $2.50 to start $1.80 favourite.

Notimetothink arrived in Maine’s stables at Latrobe about seven weeks ago and this was only his second start for the talented mentor, whose life partner is star reinsman Gareth Rattray.

Putting Howlett on with a novice driver claim enabled the gelding to line up in another C1 and another good draw (2) also played into their hands.

The old trainer’s adage of keeping themselves in the best company and their horse in the worst was definitely played out with Notimetothink at his past two starts.

The trick for Maine will be to find a C2 that doesn’t boast too many entries that have above average ability.

Notimetothink had won once and been placed from 19 starts before joining Maine’s stable so he is obviously settled in his new environment.

Maine and Rattray have been developing their property at Latrobe, about 10 minutes East of Devonport and once finished it should be one of the best in the region.