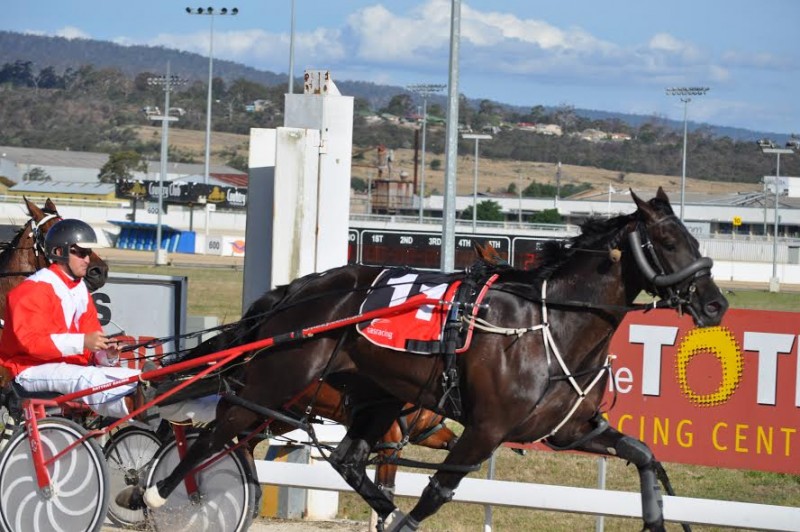 One of the highlights on the 10-race card at Tattersall’s Park in Hobart tonight is the $30,000 Cripps The Master Baker Tasmanian Oaks (R5).

In form Tasmanian fillies Fawzia (1), Mavis Merle (2), Fuscienne (5) and Ima Ginger Rogers (7) have all drawn the front line but the likely favourites are the Victorian visitors Sudden Change (6), Grande Anse (8) and Macfire (9).

Sudden Change and Grande Anse both finished fifth in heats of the New South Wales Oaks at Menangle on 21 February.

Sudden Change followed that with a second at Bendigo and Grande Anse won the $9,000 Wagga Oaks last Saturday.

Macfire’s only win from four starts this preparation was a 3C0/3C1 at Maryborough in February.

Fusciene (Major In Art-Gorse Bush) is a half-sister to Tasmania’s dual Inter Dominion winner Beautide and she has won two of her past three with the ;latest victory over Charlie James in Hobart while her stablemate Fawzia is also in good form and has drawn the coveted pole position.