Obstinado on target for another Newmarket tilt 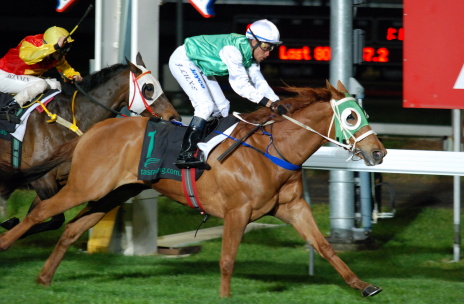 QUALITY Tasmanian sprinter Obstinado’s love affair with the StrathAyr track at Mowbray continued last night when the gelding scored an emphatic win on the PFD Foodservices Open Handicap over 1200 metres.

In a small field of only five runners Obstinado was sent out second favourite at $3.80 while Western wager was backed as if there was no tomorrow starting the $1.70 favourite.

The gelding showed his customary early speed to lead and when Luxe called on him for the supreme effort 200 metres out he responded magnificently.

Obstinado hit the line a length clear of stablemate and rank outsider Announced with Heartbreak Kid a half-head astern.

Western Wager was unable to make up any ground in the home straight and finished last.

The connections of Obstinado are aiming him at the Newmarket Handicap to be run over 1200m on November 23 at The TOTE Racing Centre.

Obstinado will be attempting to make it back-to-back wins in the state’s most prestigious sprint race.