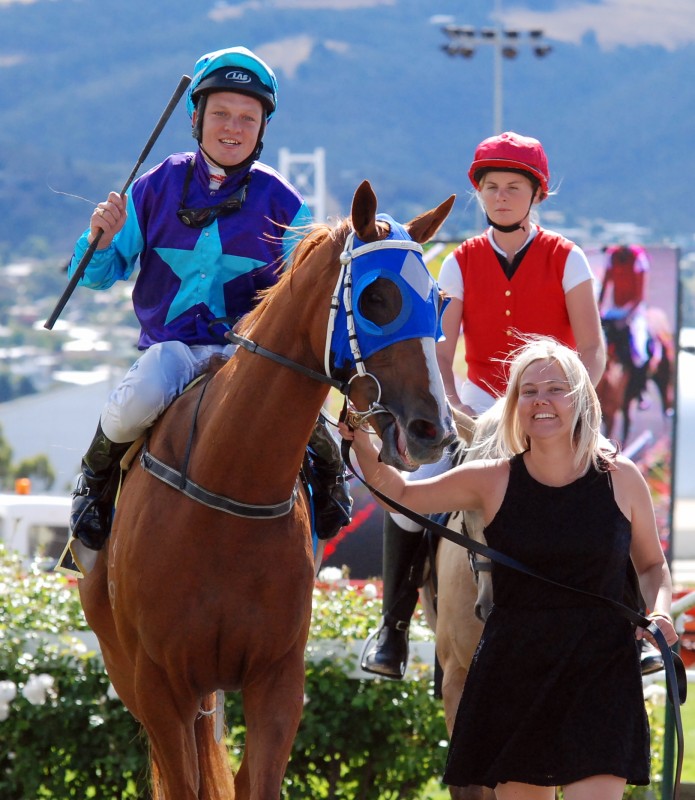 TALENTED three-year-old Ollie’s Gold gave Brighton trainer Gary White the win he has long been seeking when the gelding outstayed his rivals in the $100,000 Schweppes Tasmanian Derby over 2200 metres at Tattersall’s Park today.

Courtesy of a gun ride from in-form jockey Jason Maskiell, Ollie’s Gold settled just off the speed and made his run along the rails from the 500-metre peg to go on and score convincingly from Keep The Cash with the Peter Moody-trained Strive To Excel a closing third.

Ollie’s Gold put the writing on the wall with a game third in the Hobart Guineas behind What Life Brings and Kenjorwood over 2100 metres on January 20.

The field was packed with interstate invaders many of which were backed solidly late in betting but it was two local outsiders that fought out the finish.

White was ecstatic after the win and understandably so given he had provided second placings in the Derby a few times in the past two decades.

Ollie’[s Gold was bred by Mike Norman and he is raced by him and a syndicate of close friends including Claire Pettit and Kim Boyer who are long-time clients of White’s stable.

Listen to what trainer Gary White had to say about the win of Ollie’s Gold in the Schweppes Tasmanian Derby – CLICK HERE.