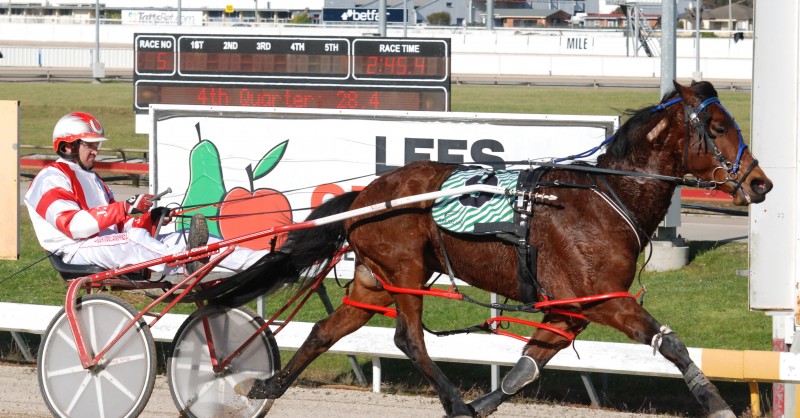 Campbell won aboard John Snow and Damitsam that he also trains and he opened his account for the day aboard the Steve Lucak-trained Stoner Rainbow.

It was almost 12 years to the day that Campbell prepared his first treble in Launceston with Really Mal, Itsalongwalkhome and General Kiev.

However that trio gave Campbell a record that might never be equaled.

“Itsalongwalkhome, Really Mal and General Kiev won at two consecutive meetings at the Hobart Showground and again at Mowbray so it was a fairly unique effort,’ Campbell said.

“Had we had the information before the meeting started we might have had a little something all-up especially on the Gareth Rattray Stakes won by Damitsam,” Campbell said.

Campbell said the circumstances surrounding yesterday’s meeting – originally scheduled for last Sunday but postponed because of the state of the track caused by  heavy rain, meant his horses hadn’t been hoppled for eight days.

“A lot can be said for not hoppling the horses for eight days because they all ran really well,” he said.

Campbell was full of praise for his two-year-old John Snow, named after a character from the pay TV show Game of Thrones, but he was particularly impressed with the win of Damitsam.

“I just love this horse (Damitsam) because he tries his guts out every time he comes to the races,” he said.