“One game at a time” for Riverboat Jasper 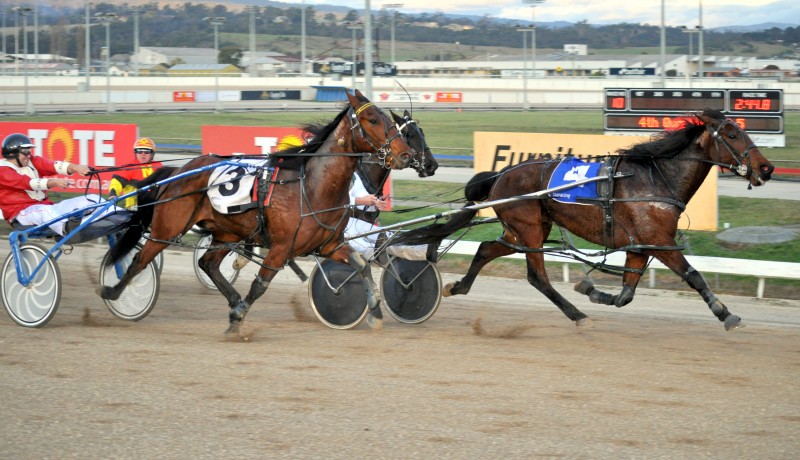 ONE of last season’s better performed three-year-old pacers Riverboat Jasper showed he could be back on track when he resumed from a lengthy spell with a solid win in a C5-C8 over 2200 metres in Launceston o Tuesday.

Riverboat Jasper was struck with a mystery illness after he returned to Tasmania from an interstate campaign in Victoria earlier this year.

The Wayne Campbell-trained four-year-old had not been to the races since late April but delivered a stellar performance to score comfortably from Divas Delight and Melolyn in what was a hot field of C5 or better pacers.

“The horse got crook after returning from Victoria so we had to give him a decent break,” Campbell said.

“We gave him a couple of months off and he has been back in work about 11 weeks.”

“This was a good first-up effort but I haven’ got any fixed plans for him.”

This latest win was his second this season but he also has notched five minor placings from his nine starts.