Opening race at Devonport a puzzler for punters 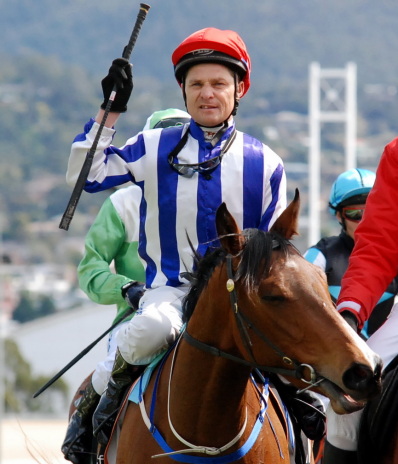 THE opening race on the nine-race card at Tapeta Park Spreyton tomorrow (Sunday) could prove to be a great betting race with a number of the 10 runners boasting excellent trial form.

Bag Of Monkeys (Tough Speed-Bright Hopes) produced an eye-catching trial performance in Hobart on Tuesday. The gelding sat outside of race leader Terra Amata and edged that filly out of first place right on the line.

The David and Scott Brunton-trained gelding was knocked down to David Brunton at the 2011 Tasmanian Magic Millions Yearling Sale for $5000 and he is owned and raced by the trainer’s wife Julie.

Terra Amata (Strategic-Blue Mistral) is a striking brown filly that has performed admirably at her past two trials this month. She is owned and raced by a syndicate managed by Prime Thoroughbreds director Joe O’Neil, who purchased her at the Magic Millions Summer sale for $30,000.

An interesting first-starter is Mister John that is by Strada out of former star Tasmanian sprinting mare Kats Clause that won a number of metropolitan races in Melbourne when in the care of Brighton trainer Royston Carr.

Mister John has not been to the trials but trackwork watchers at Briton report he has ability.

The Leon Wells-trained Kaluhiokalani has started only once for a game third in Launceston last month, She is a well put together grey filly by Ferocity from the Racer’s Edge mare Racy Gracy.

The Leanne Gaffney-trained Rattle ”N” Battle was an eye-catching second in his only trial behind Novaell at Devonport last week, beaten a length. He was purchased for $5500 at last year’s Magic Millions Yearling sale. He is a half-brother to former Hobart Guineas winner Wobbley.