Osborne salutes in memory of legend 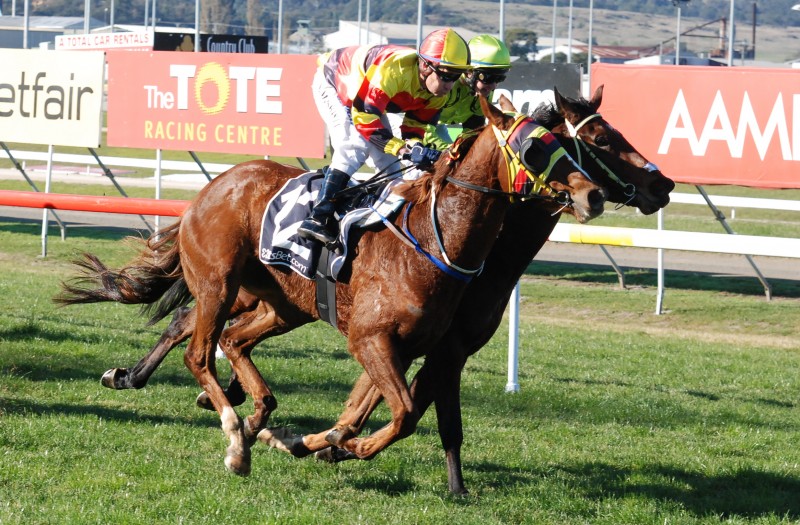 LONGFORD trainer Bill Ryan almost heaved a sigh of relief when his lightly raced three-year-old scored a narrow but impressive win in a maiden over 120 metres at The TOTE Racing Centre in Launceston today.

Osborne came from back in the field to score narrowly from Laurenstar with Artie Luvstoparty a distant third.

Osborne (Savoire Vivre-Bonnie Darling) is raced by the trainer and his wife Mary in partnership with Tasmanian Turf Club committeeman Ron Riley and the horse was named after one of their best friends the late Jim Osborne.

Osborne was one of Tasmania’s most respected racing identities and before his death he was inducted into the Tasmanian Racing Hall of Fame.

Listen to what trainer Bill Ryan had to say about Osborne’s maiden win – CLICK HERE.