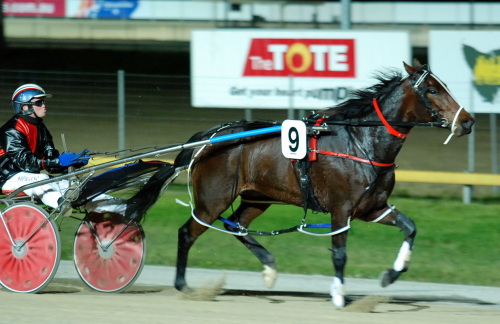 TASMANIA’S leading reinsman Gareth Rattray doesn’t have many drives for the state’s leading trainer Phillip Ford but when they combine it usually results in a positive outcome.

Such was the case in Hobart last night where the pair teamed up for a double courtesy of impressive wins from Oscars Ace and Brian Buster Brown.

Oscars Ace showed a brilliant turn of foot when he was sent scurrying around the field 1500 metres from home to take the lead and then left his rivals in his wake when Rattray allowed him more rein in the home straight.

The lightly raced four-year-old hit the line well clear of the favourite and stablemate The Innkeeper with Mistover Fizz third.

It was only his third start for Ford who said the horse had at least a couple more wins left in him.

Rattray settled the three-year-old in the one-out-one-back position and he travelled well to the home turn where he was eased out to make his charge.

The colt chased hard and had the leader Willie Winalot covered 200 metres from home and went on to defeat that horse comfortably with Dundees Knife a fast-finishing third.

Listen to what trainer Phillip Ford had to say about Oscars Ace’s win – click here .