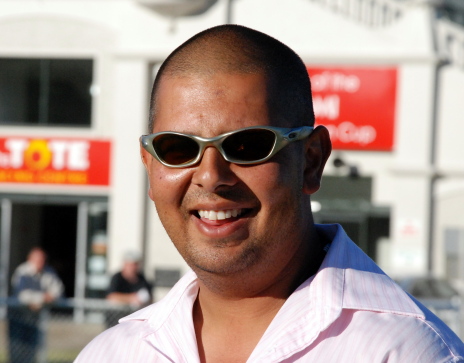 VICTORIAN pacer Our Chain Of Command put a deposit on the Easter Cup trophy with a convincing win in an Easter Cup heat over 2698m at The TOTE Racing Centre in Launceston on Sunday night.

The Dean Braun-trained gelding came off the back mark of 30 metres but made light of the task.

Driver Chris Alford sent Our Chain Of Command around the field to sit at the leaders wheel two laps from home but soon after he sent his charge forward to take the lead.

Once in front Alford dictated the pace and Our Chain Of Command went on to score 1-1/4 metre win over Flyin Interstate with local gelding Little Vance Lot four metres away third.

Our Chain Of Command won the $100,000 Group 1 Tasmania Cup in December last year scoring impressively despite being first-up from a lengthy spell.

Braun set Our Chain Of Command for the Easter Cup some time back and given the absence of local star Gedlee, that has been sidelined for a year with a leg injury, there is no horse racing better at this level than Braun’s Julius Caesar five-year-old gelding.

“The horse is going super and it looks like he’s right on target for the Easter Cup in a fortnight,” Braun said.

The Launceston Pacing Club staged two heats on Sunday night and that belonged to local trainers who provided all three placegetters.

The Grant Hodges-trained and driven Kalypson Kid stepped cleanly from his front mark to lead and he was never headed on his way to a 2-3/4 metre win over outsider Jumpin Jack Jasper with the favourite Our Sir Jeckyl ($1.40) 1-1/2 metres astern.

Our Sir Jeckyl came off 20 metres but stepped cleanly and worked into the race like a winner nearing the home turn the last time.

But he weakened on his run and was passed by Jumpin Jack Jasper over the concluding stages.

The Easter Cup will be run in Launceston during a twilight fixture on Easter Sunday with the first race scheduled to start at 5.24pm.