Our Ellas Fella may realise potential 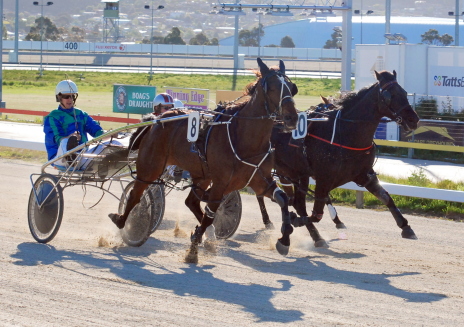 TALENTED young trainer-driver Zeke Slater believes his handy seven-year-old Our Ellas Fella can still realise the potential he showed when he first came to Tasmania.

Our Ellas Fella had lost all form but the way he found the line at this latest outing suggests the gelding may have turned the corner.

Our Ellas Fella ($5.20) was well driven by Slater who has been involved with a few star attractions in Tasmania in the past year or so.

His great mare Queen of Fire has departed the state and is expected to embark of a career at stud but he has acquired a replacement that he expects to make his presence felt in some of the feature races over the Christmas carnival.

Listen to what trainer Zeke Slater had to say about Our Ellas Fell’s latest win and his up and coming stable tenants – click here.