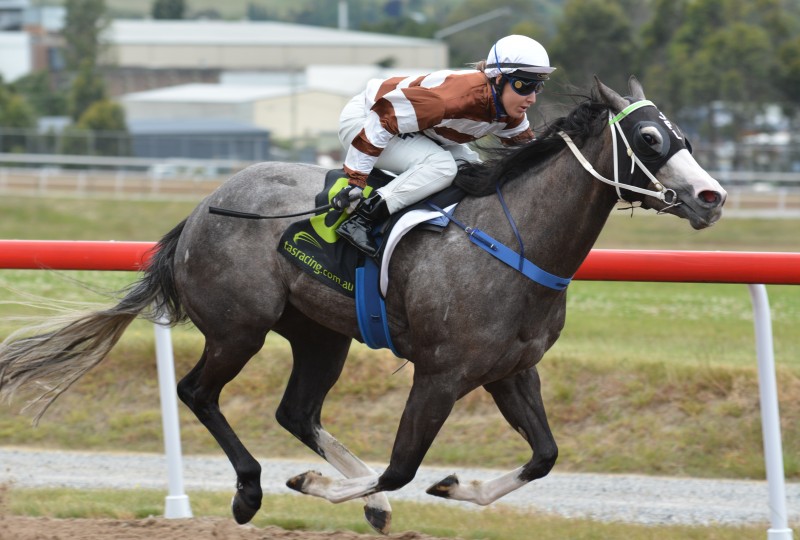 CONSISTENT MARE Our Lucky Girl broke through for an overdue win when she led all the way to take out the Veolia Environmental Solutions Class 2 Handicap over 1000 metres at Spreyton today.

The John Luttrell-trained filly had been placed second at her three previous starts and was deserving of a win.

She was ridden by apprentice Siggy Carr who ventured back to her home state from South Australia where she has been domiciled for the past eight months.

Our Lucky Girl (Wordsmith-Tasarla) showed her customary early speed to lead but she was pressured by the well backed Eternal Speed to the home turn with A Little Bit Dutch on their outside.

At the top of the home straight Carr called on her three-year-old filly to extend and she responded well while Eternal Speed had dropped back three lengths.

Eternal Sped came again but he fell two lengths short on the line with A Little Bit Dutch 2-1/2 lengths astern.

Luttrell said the filly had suffered from illness early in her career but had been helped back to health by Stuart and Ruth Gandy at G G’s Horse Stud.

Listen to what trainer John Luttrell had to say about Our Lucky Girl’s win.