Our Sir Jeckyl breaks the ice in NSW 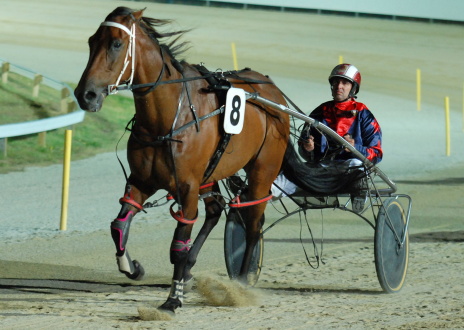 QUALITY Tasmanian pacer Our Sir Jeckyl notched his first interstate win when he gave his rivals a pacing lesson in the J. D. Watts Memorial which was the feature race at Fairfield on Monday.

The gelding made light work of his 10-metre handicap and a bog track to find the lead after travelling 400 metres and then went on to score convincingly by six metres.

Our Sir Jeckyl embarked on his interstate campaign about a month ago with the purpose of attempting to win at Menangle.

The gelding was placed in the care of top trainer Paul Fitzpatrick who ran him in a race at Menangle in which he finished out of a place but this latest outing will no doubt have given the seven-year-old a confidence boost.