Overproof gives trainer cause to celebrate 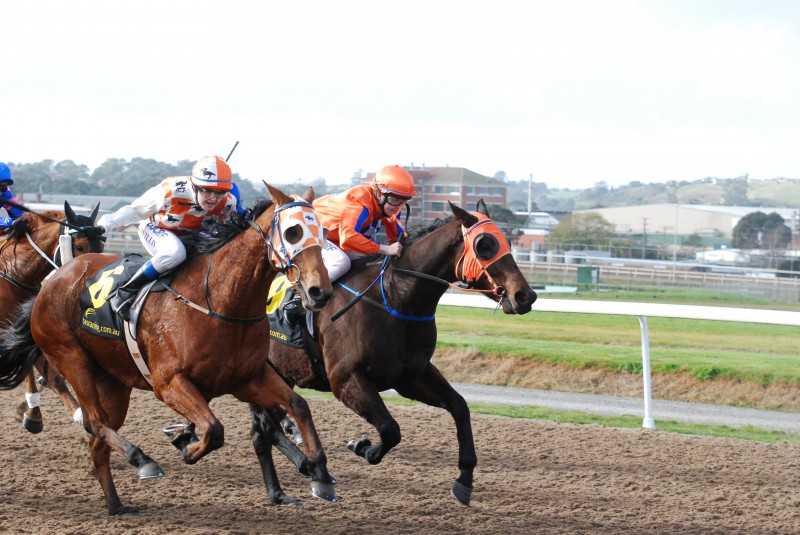 TO say Spreyton trainer Gareth Horner was overjoyed when his five-year-old gelding Overproof scored an upset win in the first leg of the quadrella would be an understatement.

Horner ran around the lawn area in front of the main grandstand punching the air and clapping his hands as if he had just won a Devonport Cup but he later admitted to having backed his charge at lucrative odds so his actions were understandable.

Overproof (Melissa Nicholls) did what most astute judges predicted and led comfortably so as to ensure the BM 78 race was run at an honest pace but what very few predicted was that the gelding would refuse to wilt at the business end of the 1650-metre journey.

Overproof looked likely to be overhauled in the home straight especially when Hell Strong cruised alongside the eventual winner 150 metres from home.

The gelding was ridden to instructions by talented apprentice Melissa Nicholls who is indentured to former Victorian trainer Paul Maher who recently relocated to Tasmania.

It was a shock for most punters who sent Overproof around as the despised $21 outsider in the small field of seven.

But Horner had faith in the gelded son of Redoubt’s Choice and he never let him down, going on to score from Hell Strong with Unoaked a distant third while the well tried favourite Willow The Wisp ($3.20) finished fourth.

Listen to what trainer Gareth Horner had to say about Overproof’s surprise win.