Owners-trainer to cash in on cups bonus 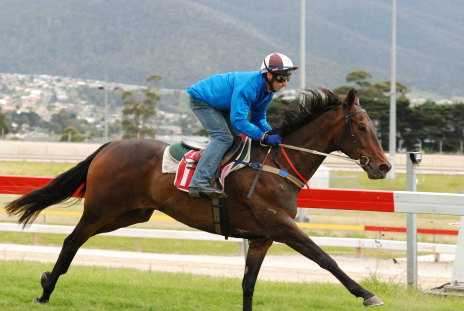 A $100,000 cash bonus added to the AAMI Hobart and Launceston cups is set to lure maximum interest in the flagship events of the 2013 Tasmanian Summer Racing Carnival.

Local star Geegees Blackflash went within a head of capturing both cups this year with Prevailing denying the John Luttrell-trained champ the major double.

Owners too will appreciate the windfall with the $270,000 booty for winning both cups bolstered to $32,000.

Racing Minister Bryan Green announced details of the initiative at a special function at Tattersall’s Park in Hobart today.

“Geegees Blackflash went close to winning both cups last year, when, after winning the AAMI Hobart Cup, he was just beaten in Launceston by another Tasmanian-owned and trained horse, Prevailing,” the Racing Minister said.

“Geegees Blackflash has been set for both races again in 2013 as has Prevailing.”

But Mr Green said winning both Cups in a single year was not an easy task.

“The last time it was achieved was in 2004 when the Peter Moody-trained Zacielo won both races with Tasmanian jockey Craig Newitt aboard,” he said.

Mr Green said Tasracing, the Tasmanian Turf Club and the Tasmanian Racing Club had developed a strong program of racing and associated events.

“The $100,000 bonus is an added incentive that will be highly sought after by both interstate and local trainers and owners,” he said.

The AAMI Hobart Cup will be run on February 10 and the carnival culminates with AAMI Launceston Cup day on February 27.

Listen to what Prevailing’s owner-breeder Brett Williams had to say about the $100,000 Cups Double Bonus – click here .