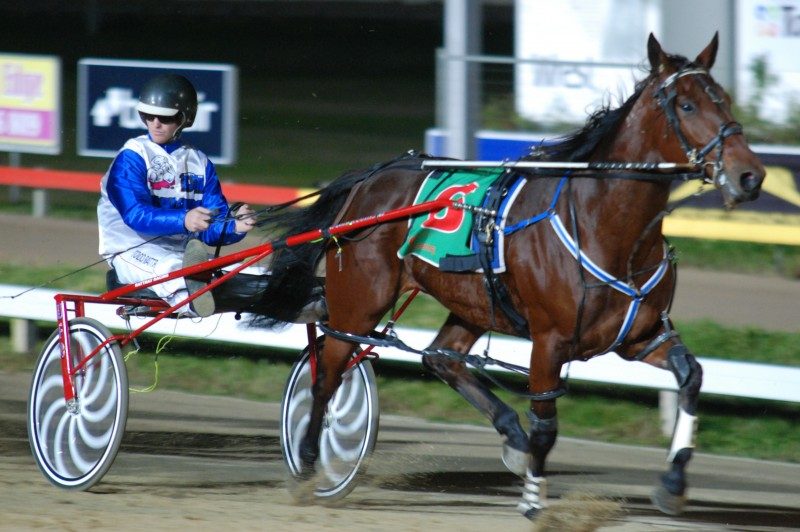 STAR Tasmanian four-year-old pacer Pachacuti was far from disgraced when he powered home to finish a close-up fifth in the 4YO Australasian Breeders Crown final over 2240 metres at Melton today.

Pachacuti was forced to tail out to last from his wide second-row draw while the Shane Triton-trained Marty Monkhouser began brilliantly from gate six to lead.

The favourite Bit of a Legend spent some time in the three-wide line to eventually find his way to the “death” outside of the leader.

Todd Rattray sent Pachacuti off three-wide at the bell and he enjoyed cover for 500 metres but he had to move four-wide to set sail after the leaders.

The Barrie Rattray-trained gelding appeared to lose concentration nearing the home turn and lost ground but he picked up the bit in the home straight and powered home to finish fifth and only 2.6 metres from the winner Marty Monkhouser that held a 1.4 metre advantage over Bit of a Legend with Majestic Mach a close-up third.

Late money for Pachacuti had him start at $10 at fixed odds with Tattsbet while the winner started at $18.