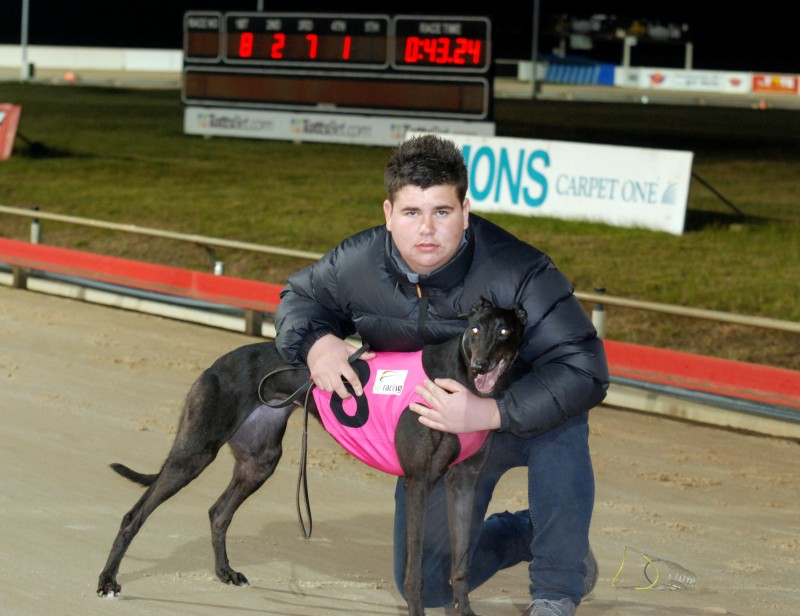 The Mick Stringer-trained greyhound Painted Dotty won her way into the National Distance final with a game win in the state final over 720 metres.

Painted Dotty had to overcome multiple checks to emerge triumphant by a head over Pedro’s Vineyard with Wild Cindy a half-head away third.

The win gave Stringer his first runner in a national final.

“I am rapt that this little bitch has made it into the National final because she is a genuine stayer and has done a wonderful job to get this far,” Stringer said.

Painted Doty was taken to NSW by her trainer for a series of distance races and she won three of her four starts including two over 720 metres at Wentworth Park.

“We didn’t have enough distance races here in Tassie to get her race fit for the Nationals so I took a punt and went to Sydney and it worked a treat,” Stringer said.

“She is rock hard fit now and that’s probably the main reason why she was so good in winning this state final,” he said.

Stringer has no doubts about her handling the Cannington track.

“Cannington won’t be a problem because I took her to Richmond for a race and she won there without having had a run on the track but I will definitely giving her a look at the Cannington track before the final,” he said.