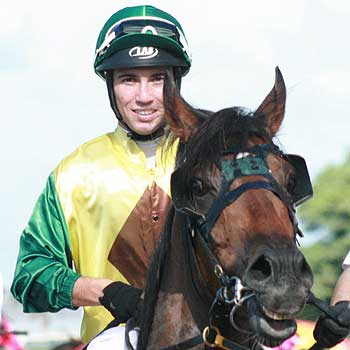 Palmer, 22, is the son of former top class Queensland-based jockey Gary Palmer who forged a successful career at a time when he had to ride against some of the best hoops in Australia.

Young Palmer has enjoyed his fair share of success in feature races including a victory aboard Sneaky Long in the 2008 Eyeliner Stakes at Ipswich.

Palmer has ridden many winners on metropolitan tracks in Sydney and Brisbane and when indentured to Gillian Heinrich he won the Gold Coast apprentices title in his first season bagging 29 wins.

He has been in senior ranks for about two years and is a natural lightweight rider he can comfortably ride at the minimum of 54kg.

Palmer will be a welcome addition to Tasmania’s list of regular fly-in jockeys.

He expects to make his Tasmanian debut at the Hobart meeting at Tattersall’s Park on November 6.