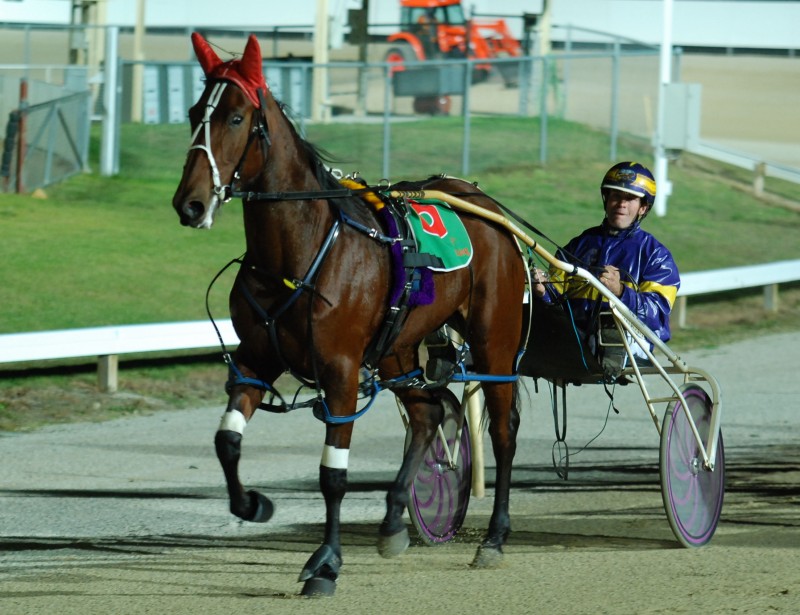 THE harness racing spotlight in Tasmania turns to Tattersall’s Park in Hobart on Sunday where the Tasmanian Pacing Club hosts the two Big Park Stud Sweepstakes finals for two-year-olds as well as the Prince and Princess of Pace and the Brighton Cup for the open class horses.

The fillies’ division of the Sweepstakes should be an entertaining race with the first three placegetters in the Prelude two weeks ago likely to fight out the finish.

Paris Of Pisa won the Prelude at her debut and the Rohan Hillier-trained filly could not have been more impressive.

Paris Of Pisa (American Ideal-Tantallon) drew wide on the front row and ran the gate well on debut but when Hillier asked her to sprint quickly to make a bid for the lead she let rip and had the lead within the blink of an eye.

It is that brilliance that Hillier could rely on to deliver the same result on Sunday night.

Jazzy Jane, the most experienced filly in the race, finished third to Paris Of Pisa last start but she has drawn the pole position on Sunday night and that will enhance her chances of turning the tables.

The Kent Rattray-trained filly worked home nicely after having to be snagged back early and she had to make a sweeping run a long way from homer to finish third.

Hotlikeasunrise was second in the Prelude and she worked home well on debut after trailing the leader for the entire race and she has again drawn gate two.

Sweet Pea Jasper impressed in winning in Launceston last Sunday night but she could only manage fourth in the Prelude and had every chance.