Paris To Pisa brilliant on debut 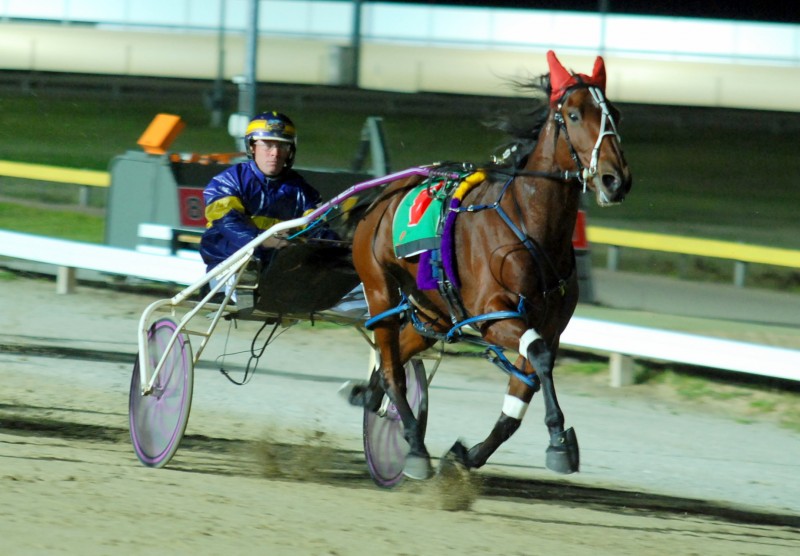 Paris To Pisa rolled forward at the start and when Hillier decided the filly should try for the lead she achieved the goal within a blink of an eye  and from there on it was a procession.

While she was starting to tire turning for home she had enough in reserve to comfortably hold out another first-starter Hotlikeasunrise with the experienced Jazzy Jane a closing third.

It was an impressive debut performance from the filly that is owned by her breeder Mark Panton.

Paris To Pisa (American Ideal-Tantallon) had been twice to the trials for two impressive wins and Hillier was quietly confident she would do well on debut.

Listen to what trainer-driver Rohan Hillier had to say about Paris To Pisa’s debut win – CLICK HERE.