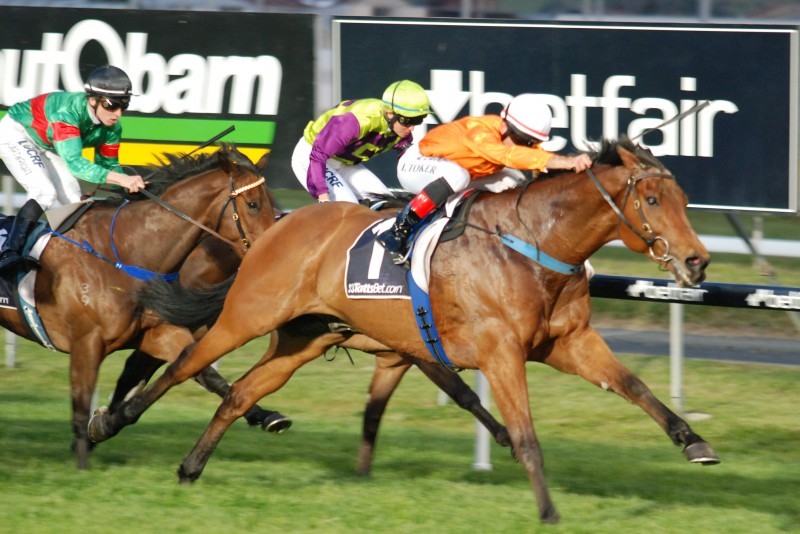 FLYING ENSIGN repaid his owners for their patience by scoring an emphatic win in a maiden at The TOTE Racing Centre in Launceston last night.

Flying Ensign was having only his second start but what made the feat extraordinary is that he is a six-year-old.

The Barry Campbell-trained son of Flying Spur made his debut in early December last year with an encouraging fourth of 10 on his home track at Devonport.

“We had him set for a maiden on Devonport Cup day a month after his debut and I was confident he would win easily but he got cast in his box and never made it to the race,” Campbell said.

“That’s only one of at least 10 problems this horse has had trying to get to where is today,” he said.

Flying Ensign is one of the biggest horses to reside at Campbell’s stables standing 17-1/2 hands and weighing in at around 600 kilograms.

“He’s been a challenge that’s for sure,” Campbell said.

“I reckon he’s had five preparations for only one start before tonight but this time in he’s been trouble free.”

“He’s a very good galloper and I’m just hoping we can hold him together,” Campbell said.

One of his owners Barry Larter described Flying Ensign’s troublesome past as “growing pains”.

“He’s cost is a lot of money so it’s nice to get some back,” Larter said.