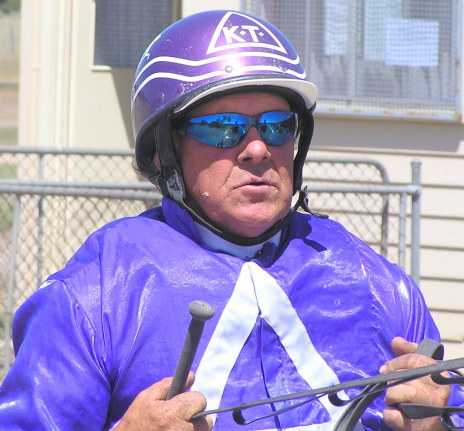 PATIENCE is one virtue that trainer-driver Keith Toulmin lives by and at Tattersall’s Park in Hobart last night his patience with five-year-old pacer Little Elf paid big dividends.

Little Elf had not won a race since February last year but Toulmin refused to give up on the gelded son of Life Sign but it took one of his best drives to secure a narrow win in the Australian-American Association Pace over 2200 metres for class one pacers.

Most Happy Jasper ($8.30) showed good early speed to lead while Christian Salter, the driver of the well backed Bush Tucker ($4.40), was content to allow his charge to sit outside of the lead for the duration.

Little Elf was buried four rows back on the fence and smothered up with nowhere to go as the field headed down the back straight the last time.

But then Toulmin weaved some magic and somehow eased Little Elf off the fence and had the gelding moving forward and five-wide turning for home.

Once balanced at the top of the straight Little Elf rattled home and grabbed victory in the last few strides from Dusty Kaleena with Bush Tucker hanging on for third.

Little Elf was well performed as a three-year-old winning three times and at one stage Toulmin believed he might go through to open class.

The Chester Bullock-trained Maxim Hall signalled his arrival as a horse with a future when he produced a brilliant performance to win a C0 over 1609 metres.

Maxim Hall (Blissfull Hall-Jagged Promise) settled near the rear of the field from his second row draw but when driver Todd Rattray was looking for a way clear in the back straight the last time al gaps closed and he was a clear last when the field straightened for the run to the line.

But the lightly raced gelding that was having his first start for nine months unleashed one of the most powerful finishes seen on the Hobart rack this season.,

Maxim Hall, bred by Dennis and Ruth Mahoney and owned and raced by the trainer and his wife Julia, scored by a metres from Little Bluejeans with Chasing Pirates a close-up third.