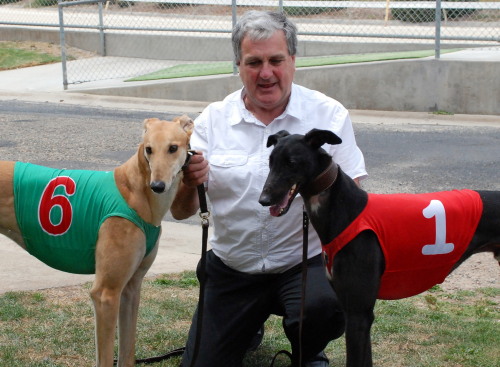 TRAINER Peter Phillips is not unaccustomed to preparing doubles but the one he secured at Devonport today was unique.

Phillips won with his old veteran Yep and that dog’s much younger half-brother Decembrist.

The win took his career stake earnings to almost $40,000.

Decembrist made it five wins from only 13 starts when he overcame difficulties midrace to score impressively in a grade five event over 452 metres.

Both dogs were backed in to start odds-on favourites, although Decembrist opened at $1.80 and ended up paying $1.40.

Phillips heaped praise on Yep, calling him a marvel and he predicted a bright future for Decembrist.

Listen to what trainer Peter Phillips had to say about both of his dogs at Devonport today – click here .