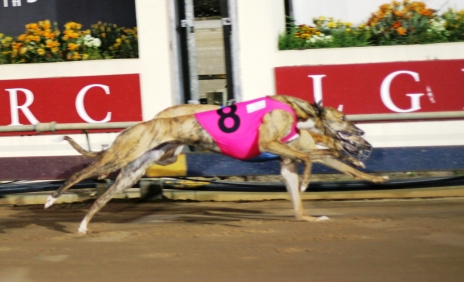 A further 10 greyhounds wearing the pink number eight vest raised $5,000 for the McGrath Foundation on February 27 as the Go The Pink Dog! fundraising total reached $116,000 [232 winners] after Day 27 of the month long campaign.

Today marks the final day of the Go The Pink Dog! campaign for 2011.

WHAT IS GO THE PINK DOG!?

Visit www.gothepinkdog.com.au during February to keep track of the campaign’s climb towards its $130,000 fundraising target and cheer on the pink dog by watching races televised by Go The Pink Dog! media partner, Sky Racing.