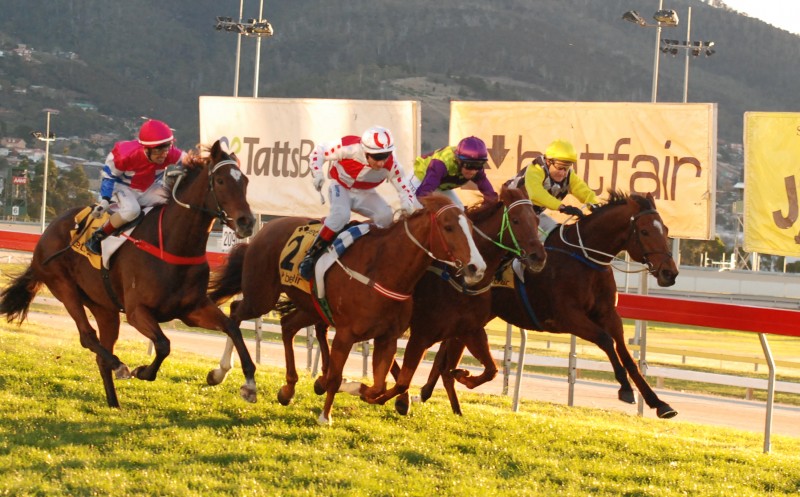 IN form jockey David Pires celebrated his first treble for the season on the nine-race card at Tattersall’s Park in Hobart on Sunday.

Pires partnered Bazanne to victory in a class one handicap over 1100m before closing the day with an all-the-way win aboard Dangerous Gee Gee in the open handicap and on Relentless Pursuit in a benchmark 78 over 1550m on the Derwent (inside grass) track.

Bazanne was first-up from a spell for trainer John Hill but she looked rock-hard fit in the yard and raced accordingly.

“She is a very good mare and I’m sure there is plenty of improvement in her so she should pick up at least another win this preparation,” Hill said.

Dangerous Gee Gee was stepping up to open company for the first time and racing well out of his class but the gelding dropped significantly in weight.

“The weight drop from carrying 60-1/2 kilos (with a vest) last time to only 54kg was a telling factor,” Pires said.

Relentless Pursuit broke through for an overdue win and it took every ounce of Pires’ strength to get the Julie Richards-trained gelding over the line.

Riding a treble was in a way a celebration for Pires who became a father late last month when his partner and former jockey Kasey Boxall gave birth to Isabelle.

Both mother and daughter are in good health and Pires says he is “on top of the world”.