Pisa Work confirms his status as a potential star 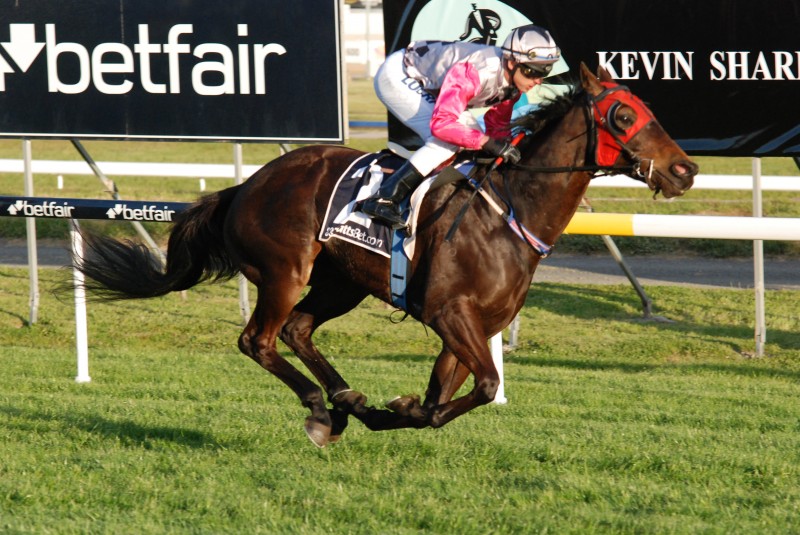 STOWPORT trainer Kelvin Hamilton won’t be raising the bar too soon on his potential stable star Pisa Work despite the gelding giving his rivals another galloping lesson in a strong class one event over 1200m in Launceston Wednesday night.

It takes a good horse to win a class one straight after breaking maiden status and Pisa Work did it with consummate ease.

Pisa Work (Danzero-How Crazy x Dash for Cash) returned to racing from a lengthy spell with a brilliant win on his home track at Devonport on September 28.

He raced outside of the leader that day but made light of the task and went on to win by two lengths with Brendon McCoull aboard.

McCoull again teamed up with the gelded four-year-old on Wednesday night and while it was a differently run race Pisa Work still produced the same result.

He settled just off the pace set by Ile Aux Cygnes that had company in the form of Our Lucky Girl and Moonrise that rolled forward early from a wide gate.

When McCoull eased off to challenge the leaders his mount quickly pout the end result beyond doubt and went on to defeat highly promising filly Secrets She Has with Moonrise a close-up third and just in advance of the fast-finishing Arras.

“I am very happy with how this horse has progressed this time in,” Hamilton said.

“He was a too difficult to do anything with as a two-year-old so we had to tip him out and he was still quite headstrong last season but he is starting to mature and I am hoping her develops into a very good horse,” he said.

Pisa Work has had only five starts for two wins and as many minor placings.

While the winner was impressive there also was a lot to like about the three that finished behind him.

Three-year-old filly Secrets She Has was the victim of a wide barrier (12) being caught 3-wide for much of the race but still was able to close late and the same applied to Moonless that also drew wide (11) and was stuck out on a limb early in the race.

Arras came from well back and would have finished third in two more bounds.