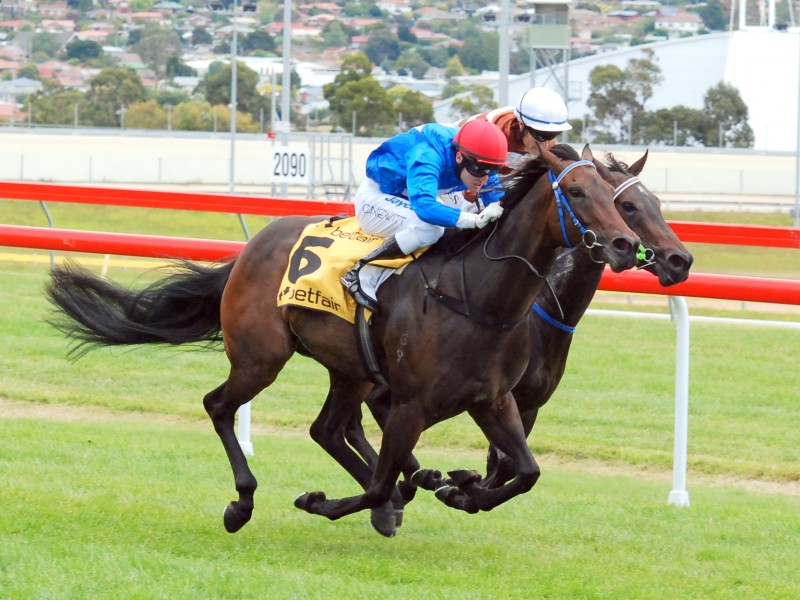 IN racing there is nothing better than when a long-range plan is realised with a win in a feature race.

And such was the case with Terra Amata’s thrilling victory in the Betfair Carbine Club Trophy for three-year-olds over 1100 metres at Tattersall’s Park today.

Terra Amata is prepared by Charlie Goggin and Luella Meaburn and six weeks ago the training combination and owning syndicate manager Joe O’Neill forged a plan to set the filly for the Carbine Club race.

They had combined to win the race three years ago with Too Many reds and many from that syndicate are also shareholders in Terra Amata.

With Craig Newitt aboard the filly showed good early speed and was able to comfortably share the lead with the speedy Little River Girl.

The pair turned for home locked together and it wasn’t until the final 50 metres that Terra Amata showed her superiority.

It was Terra Amata’s fourth start giving her two wins as second placings for over $30,000 in stakes.

Goggin was thrilled with the win and was adamant the lightly raced filly has a bright future.

Listen to what trainer Charlie Goggin had to say about Terra Amata’s brilliant win – CLICK HERE.