Plenty of interstate talent for support races on Cup day 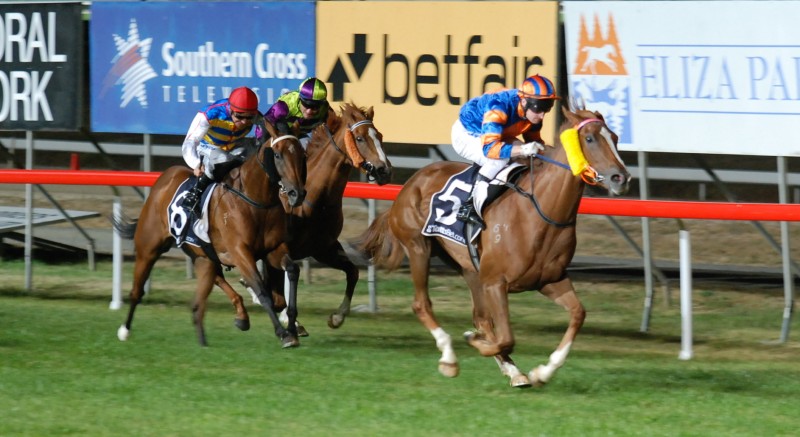 Of the 13 final acceptors for the Listed Strutt Stakes for three-year-old fillies over 2100 metres (race 7); six are from Victoria with the Anthony Freedman-trained Papillon likely to start favourite on the strength of her recent MooneeValley win.

The $100,000 Thomas Lyons weight-for-age over 1400m also has a wealth of talent from interstate in the field of 11, including last year’s winner Youthful Jack and last-start Caulfield winner Population that is prepared by Anthony Freedman.

Youthful Jack returned to Tasmania this season to defend his weight-for-age triple crown he captured last season but he failed at the first hurdle when he finished down the track in the Tattsbet.com Sakes over 1200 metres in Launceston last month.

However, he will be better suited to the 1400 metres and looms as a good each-way chance to make it back-to-back wins in the race.

The Tony Vasil-trained Under The Eiffel has been placed in strong listed races in Melbourne at his past two outings and would only need to bring that form to be very hard to beat.

One of Tasmania’s most promising gallopers BancaMo resumed from a spell with a luckless third to last Sunday’s Bow Mistress winner Rebel Bride and while his best form has been over longer distances he is a class act with a lot to like about his wining chances on Sunday.

Population is coming off a win in an open handicap at Caulfield last Saturday over 1400 metres that followed a first-up second in Adelaide in a 0-86 handicap over the same distance.

The Patrick Payne-trained Cellarmaster has been in Tasmania for about six weeks and has had two starts in the state for a second at Devonport in a quality handicap and a second to Rebel Bride in the Tattsbet.com Stakes just over two weeks ago.

The Strutt Stakes looks a cracker of a race with six of the 13 from interstate and most with solid form.

Last-start Moonee Valley winner Papillon was impressive over 1600 metres in a benchmark 72 3YO fillies race with Glen Boss aboard and that rider will again accompany the daughter of Rock Of Gibraltar that cost $160,000 at the William Inglis Easter Yearling sale.

David Hayes accepted with two fillies – last-start Kyneton winner over 2025 metres Global warning and Green Roller that was a winner over 1750m at Pakenham two starts back before missing a place at Kyneton over 1850m last Saturday.

Both fillies are owned and raced by the Pinecliff Racing Syndicate.

Pat Hyland’s filly Callista is by Redoute’s Choice and she won a Stony Creek maiden over 1780m three starts back and after failing at Sandown she was fourth in a 0-62 Hcp at Warrnambool over 2000m on a heavy track on January 31.

Darren Weir accepted with his promising filly First Bloom and she has drawn barrier one which should enhance her chances.

First Bloom broke her maiden status at Cranbourne in a 1600-metre maiden for fillies and mares and she followed up with game second in a BM72 for 3YO fillies at Sandown won by the highly promising Hazard.

Alexa Cee is prepared at Cranbourne by Michael Hibbs and she has finished second in maiden company at her only two starts at Sale in country Victoria.

Of the local fillies Settler’s Joy from the Troy Blacker stable goes into this race on the back of an impressive win in the Thousand Guineas over 1600m in Launceston and that followed game efforts in the Listed Tasmanian Guineas and the 3YO Cup.

This writer has a vested interest in Settler’s Joy as a part-owner  but her form suggests she should be one of the better chances of the local brigade.

Refuse To Lose and Gee Gees Snowhill finished second and third respectively to Settler’s Joy in the Thousand Guineas and they too must be considered each-way chances.

And if the Barry Campbell-trained Evil Intent’s effort in the Thousand Guineas can be put aside and she delivers the form that took her to a win and minor placing at her two previous starts then she too must be considered – Story by PETER STAPLES.