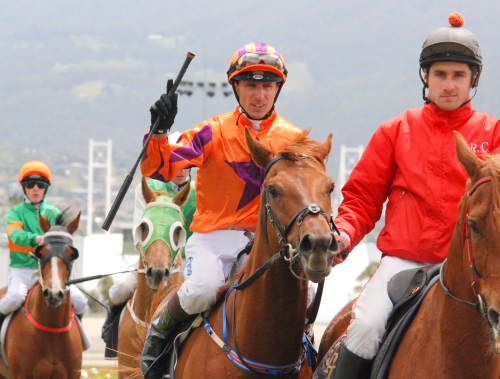 PROMISING three-year-old Predator will be aimed at the Listed Tasmanian Guineas following an effortless maiden win at Tattersall’s Park in Hobart on Sunday.

Predator (Brendon McCoull) gave his rivals a galloping lesson in the Grahame Family Funerals 3YO Maiden Plate over 1100 metres in a dead 5 racing surface.

Predator held a comfortable margin over Galibier to the home turn and when McCoull called on his charge to extend in the home straight he quickly put the end result beyond doubt.

Predator was placed second twice before signaling his arrival as a potential top liner with a luckless fifth in the 3YO Cup prior to stepping out at his most recent assignment.

The gelded son of Exceed And Excel gives the impression he will handle more ground and in particular the 1600 metres of the Tasmanian Guineas.

Listen to what Darryl Horner (Jnr) had to say about Predator’s impressive win – click here .