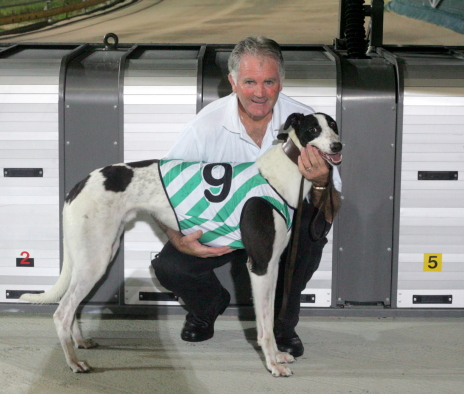 PROMISING greyhound Premier Port made it two wins from three starts in the space of five days when he led all the way to win the Wayne Ivory Juvenile over 452 metres at Devonport yesterday.

Premier Port won at his first start for Claremont trainer Geoff Kennedy in Hobart last Thursday night in a juvenile over 461 metres and he backed up the next day in a juvenile event over 515 metres in Launceston in which he finished on the heels of the placegetters.

The son of Premier Fantasy then relaxed over the weekend and travelled to Devonport where he recorded an emphatic win against decent opposition.

“I’m very pleased with how the dog has come on since he arrived at my kennel about a month ago,” Kennedy said.

“He has done a great job to get two wins in the space of five days and I am confident he can keep performing well,” he said.

Kennedy purchased Premier Port as a tried greyhound from Brighton trainer Keith Nichols for an undisclosed sum but he admitted that after two wins the dog had already paid for himself.

Kennedy said Premier Port would most likely have his next start in a grade five event over 461 metres in Hobart tomorrow week (March 29).