Private Currency proves he is the real deal 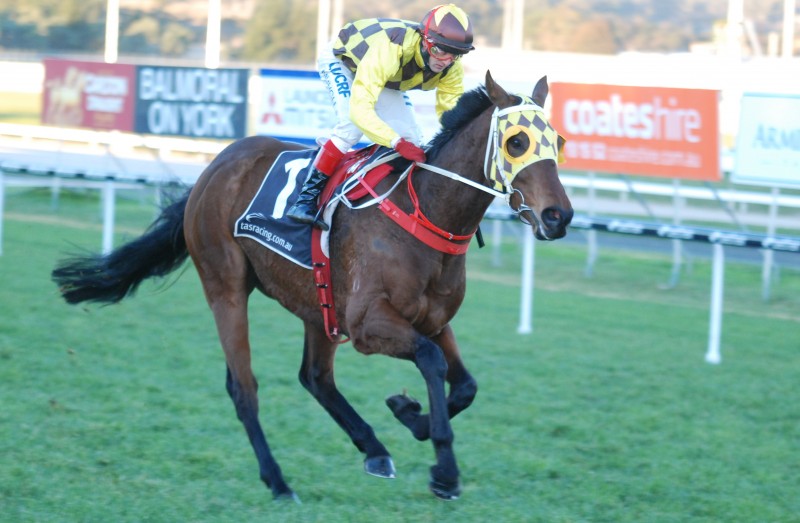 PRIVATE CURRENCY left no doubt that he is the real deal following an emphatic win in a strong class two handicap over 1400 metres at The TOTE Racing Centre in Launceston on Saturday.

The Angela Brakey-trained three-year-old was coming off two impressive wins on the synthetic at Spreyton in maiden and then class one company but he was unknown on a heavy surface on the grass and he asked to carry top weight of 59 kilograms.

But the gelded son of Delago Brom-Private Nip made light of his task and comfortably from outsider Zabibo with Freddie Two Shoes third ahead of Mundine.

“I am so thrilled with this horse because he showed us enormous potential from day one and I also am thrilled for the owners who have been very patient,” Brakey said.

“When he won his maiden at Devonport he gave us a glimpse of that he’s capable of but he has gone from strength to strength and this win definitely stamps him as a horse with loads of upside,” she said.

Private Currency was sensationally backed on debut at this year’s Devonport Cup meeting but everything went wrong and connections left their money in the bookies’ bags.

He was tried again at his subsequent start but he struggled under lights in Launceston after which Brakey gave him a spell.