Private Currency proves his worth 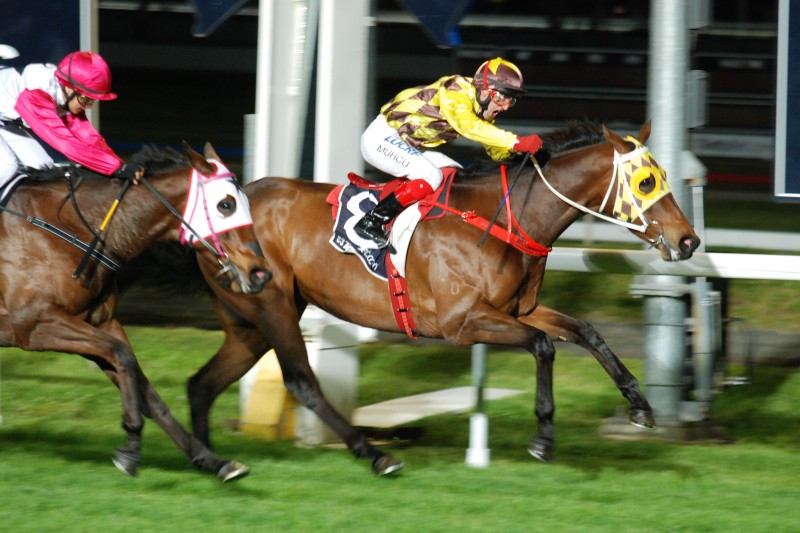 ONE of Tasmania’s most promising gallopers Private Currency proved he could be the next big thing by scoring an impressive all-the-way win in a benchmark 82 Handicap over 1200 metres under lights at The TOTE Racing centre in Launceston on Wednesday night.

Private Currency (Delago Brom-Private Nip) went onto the race with sound form that comprised wins at his previous three outings but all in much lower grade.

The Angela Brakey-trained four-year-old had been impressive in all of his three previous outings but he went up against a proven weight-for-age performer in Under The Eiffel and talented sprinters in Gea Force, Mr Fashion and Flash Al Moon.

Under The Eiffel was having his first start for Scott Brunton who also has just branched out on his own after the partnership with his father David was dissolved recently.

But with last season’s top apprentice Bulent Muhcu aboard, Private Currency dictated terms from the outset and when he was asked for the supreme effort in the home straight he quickly put the end result beyond doubt.

Brakey was almost hoarse from the screaming she did as her stable star pounded his way up the home straight.

“Winning this race meant a lot because it was a real test at this better grade and for him to come through like he did is just fantastic,” Brakey said.

“We’ve always known he was a good horse but as they go through the grades you are apprehensive about having too high an expectation but he proved clearly he is a very smart galloper tonight,” she said.

Private Currency was asked to carry the minimum weight of 54 kilograms as he had only a 68 rating going into the race but the way he toyed with his rivals he is likely to earn quite a few points from the handicapper.

Brakey said she might consider nominating Private Currency for the Newmarket Handicap in November.

“We’ve got a few options that we are looking at but we’ll wait and see how he comes through this race before we make any firm plans,” the trainer said.