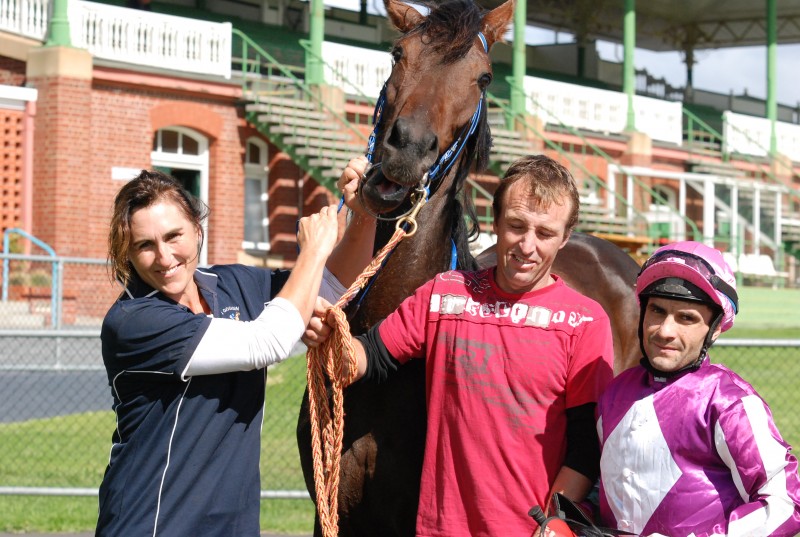 AFTER producing an eye-catching effort on debut in Launceston just over two weeks ago it was no surprise that four-year-old mare Shake Her Up scored a game win in a maiden over 1400 metres in Hobart on Sunday.

While those who wagered on the mare to win the race would have had heart palpitations over the concluding stages, it was nevertheless a deserving win in more ways than one.

Shake Her Up (Delago Brom-Belle Frimousse) was sixth on debut coming from near last on the turn but second-up jockey David Pires had her much closer to the speed and poised to pounce turning for home.

The mare took forever to run the leaders down but through the vigor of Pires she merged triumphant in the very last stride.

Despite her debut effort the mare was sent around at the lucrative odds of $13 (Tattsbet fixed odds).

Shake Her Up was a give-away horse and her owners, trainers Charlie Goggin and Luella Meaburn, encountered numerous problems trying to teach her race manners so they called on ex-employee come trainer Michael Voss to lend a hand.

Listen to what part-owner Luella Meaburn had to say about Shake Her Up’s maiden win – CLICK HERE.