Protests spice up the Spreyton program 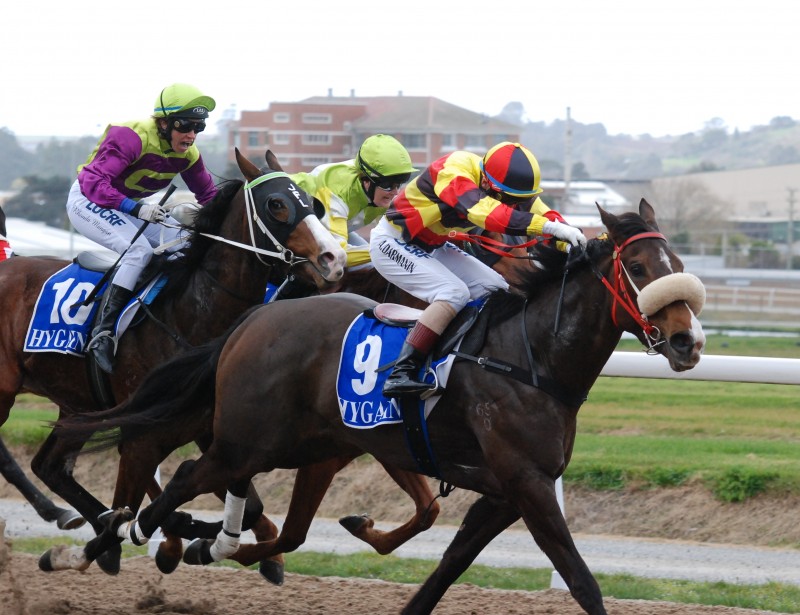 IT was a day of protests at the Spreyton meeting on Saturday with three results determined in the stewards’ room.

One objection was upheld while the other two were dismissed but the verbal action in the room was intense and brutally honest.

The Bill Ryan-trained So Much Fun (Anthony Darmanin) was relegated when apprentice Rhonda Mangan aboard Geegees Classicboy successfully argued that interference in the home straight had cost her the race.

Mangan claimed a shift in by So Much Fun had cost her the race, “That horse (So Much Fun) rolled in on my horse stopping me from riding my horse and it cost me between a half-length and a length,” Mangan said.

The margin between the first two placegetters was a nose.

In a rare show of frankness Darmanin told stewards that: “the second horse should have won by four lengths.”

However he qualified that statement. “But it wasn’t my fault that it didn’t – Rhonda was going for runs where there wasn’t any room,” he said.

Stewards however disagreed with Darmanin and upheld the protest.

Victorian apprentice Jake Bayliss was unable to get a placing reversal when he alleged his mount Magnetic Queen was prevented from winning the class one handicap (race seven) due to the winner Royal Bluff (Erhan Kacmaz) shifting up the track and raking her running.

With some hefty payouts riding on the outcome, outsider Hell Strong ($24) survived a protest in the last race lodged by Anthony Darmanin, the rider of the runner-up Don’t We Love It.

Darmanin was adamant that a bump from Hell Strong at the top of the home straight had cost his mount the race.

But stewards determined that the interference did not exceed the winning margin of a neck which clearly upset Darmanin who this time was adamant his horse would get the race.