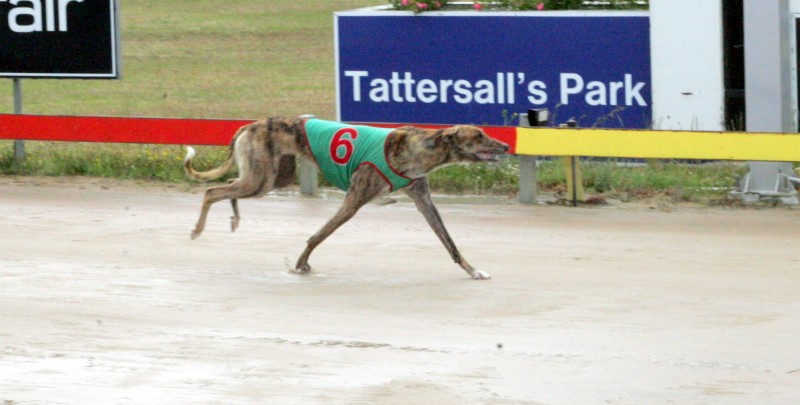 BRIGHTON greyhound trainer Brendan Pursell should play a major hand in the outcome of tonight’s semi-finals of the Tattsbet Hobart Maiden Thousand series at Tattersal’s Park with four from his kennel emerging from last week’s round of heats with flying colours.

Pursell provided the fastest heat winner in Despicable Todd that scampered over the 461 metres in his heat in a slick 26.22 seconds to score 3-1/2 lengths from Dark Nemesis and his other heat winner I’ve Got Class (Spring Gun-magi Castle) demolished his rivals scoring by almost seven lengths from Howzat Ernie in a time of 26.24.

Only two hundredths of a second separated he pair but both have drawn ordinary boxes tonight.

I’ve Got Class will start from box four but if he begins as well as he did in is heat the dog should have took much speed for his opposition in the second semi-final (race five).

Despicable Todd (Collision-Lyndor Lee) will wear the yellow vest but he too showed good early speed in his heat and a replica of that effort would make him had to beat.

I’ve Got You (Swift fancy-Arrow on Fire) has drawn box two in the first semi-final (race four) and provided she doesn’t miss the start she should be able to do enough to sneak into the final.

The first two home in each of the semi-finals will progress to the final with the two fastest thirds to be named reserves.

One Man Army is Pursell’s final semi-finalist (race seven) and her qualified by finishing second to the Ted Medhurst-trained Outskirts that stopped the cock at 26.34 with On Man Army finishing 7-1/4 lengths astern for a time of 26.79.