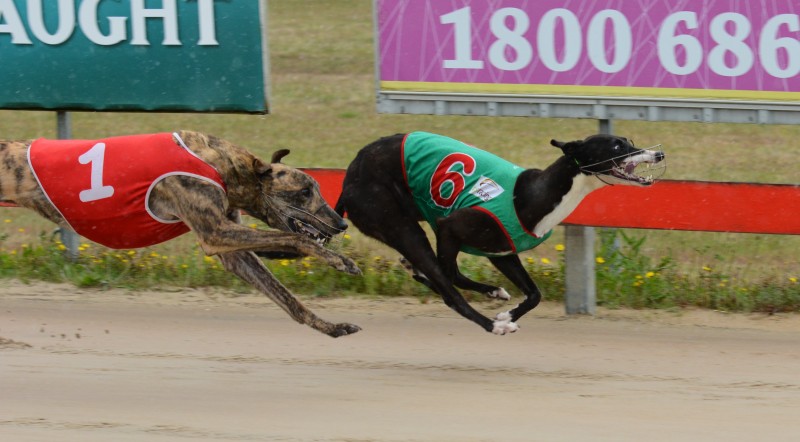 BRIGHTON greyhound trainer Brendan Pursell looks to have a stranglehold on the Tattsbet Hobart Maiden Thousand series courtesy of two of his team making an impact on debut in their respective heats of the series at Tattersall’s Park yesterday.

I’ve Got Class (Spring Gun-magic Castle) began well from box six and eventually found the lead and once he straightened for the run home he forged clear of his rivals.

Despicable Todd made the most of the inside box and once he found the lead he sped clear and won by 3-1/2 lengths from Dark Nemesis with Arctic Posh over six lengths away third.

Pursell’s pups were clearly superior on times and will no doubt start favourites to win their respective semi-finals next Thursday night.

The first two placegetters from each of the 12 heats and the eight fastest thirds progressed to the semi-finals with the first two home on the semis to make it to the final a week later.

Another impressive heat was the Shane Whitney-trained Izon Scumpa Lulu (Lochinvar Marlow-White Ruler) that worked hard to find the lead from box six but once in front he powered clear to score by a half-length from Bon’s Joseph in a time of 26.87.

The weather conditions were horrendous for most of the meting with high and gusty winds prevailing throughout as well as heavy rain during most of the latter heats.

Another impressive heat winner was the Ted Medhurst-trained Outskirts (Lochinvar Marlow-She’s Too Cool) that battled hard early to find the lead wearing the yellow vest and then proceeded to demolish his rivals scoring by seven lengths from One Man Army in a time of 26.34.