Quastor Centurion tunes up for Derby 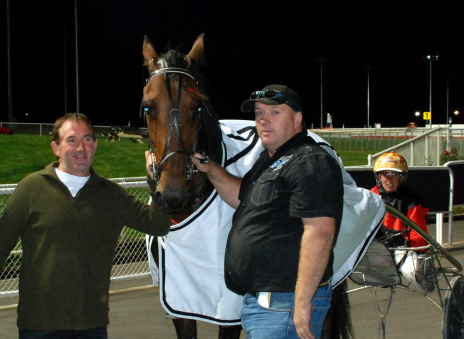 LAST season’s top two-year-old Quastor Centurion will have his final hit-out before next week’s Tasmanian derby when he lines up in the Schweppes 3YO pace over 2090 metres at Tattersall’s Park in Hobart tonight.

Quastor Centurion has had two starts this season for a first-up sixth followed by an impressive win against older horses in Launceston two weeks ago.

His trainer Kent Rattray is confident the horse will have done enough to be at his best on derby night.

Quastor Centurion suffered an injury during the running of a Breeders Crown semi-final in Victoria last season that led to him being out of action for about six months.

But his latest win suggests the gelding has shrugged off the injury and would only need to be near his top to account for his rivals tonight.

The main opposition could come from the two interstate invaders in the field in the Grant Campbell-trained Turnpike Cruiser and Thats So Irish from the Karen Kendall stable.

Turnpike Cruiser and That’s So Irish are on trial for next week’s Tasmanian Derby to be run in Hobart over 2579 metres.