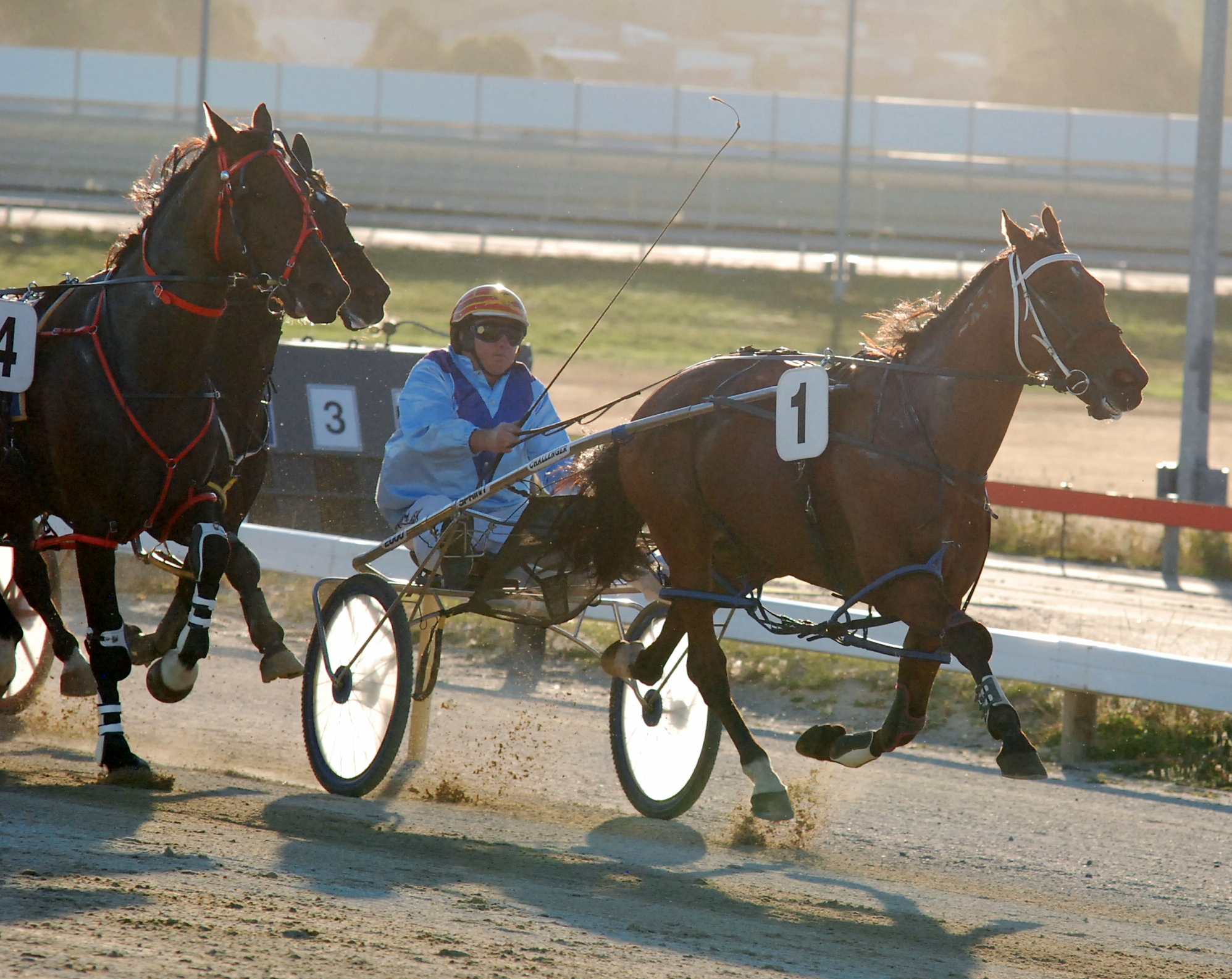 RANSOM OLDS delivered arguably his best performance since arriving in Tasmania when he clocked a sizzling mile rate to win the Toreace Flying Mile at Tattersall’s Park in Hobart on Sunday night.

The Tony Petersen-trained gelding showed good early speed to hold the lead from the pole position and once in front driver Paul Ashwood ensured a solid tempo by allowing his charge to run through his first half mile (800m) in 57.39.

Ransom Olds was pressured over the final 600 metres by eventual runner-up Nobeer Nocheer that looked set to run past the leader turning for home.

But when Ashwood called on Ransom Olds for the supreme effort in the home straight he responded magnificently and went on to defeat Nobeer Nocheer by over two metres with Greysteel a nose astern.

Ransom Olds (Artsplace-Adios Dream NZ) clocked a mile rate of 1.54.9 at his first start in Australia in winning a C1 at Bendigo just over two years ago, so he has always had the ability to clock good times.

The gelding won five races in succession over six weeks from the end of July to mid September but after a short freshen-up he failed to flatter at two outings before recapturing form to place in three of his lead-up races to last Sunday night’s event.

Listen to what trainer Tony Petersen had to say about Ransom Olds’ latest win – CLICK HERE.