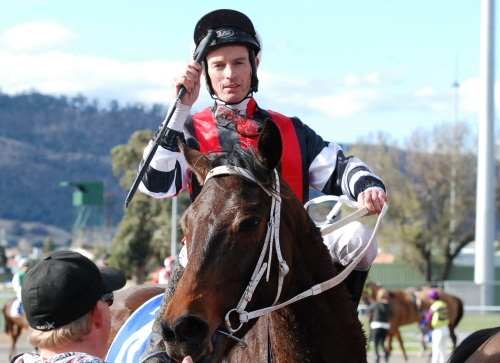 THE introduction of rating-based races has given eight-year-old gelding Atcos Quest longevity as a racehorse.

Atcos Quest was back in the winner’s circle in Hobart on Sunday in the Sir Tristram Trophy (0-66) Handicap over 2080 metres.

Wesley Vale trainer John Keys has always rated the gelding a “good bread and butter horse” but there is no doubt his time as a racehorse has been stretched due to the rating races.

Atcos Quest took his career win tally to seven but he was racing against horses that have won only two or three races and that would have been impossible under the class rating system.

Victorian jockey Cameron Quilty allowed Atcos Quest to settle midfield but as usual the gelding pulled like a steam train.

When Quilty called on his charge to improve 500 metres out he grabbed the bit and chased hard to eventually forge clear close to home and defeat the favourite Announced.

Listen to what trainer John Keys had to say about Atcos Quest’s latest win – click here .