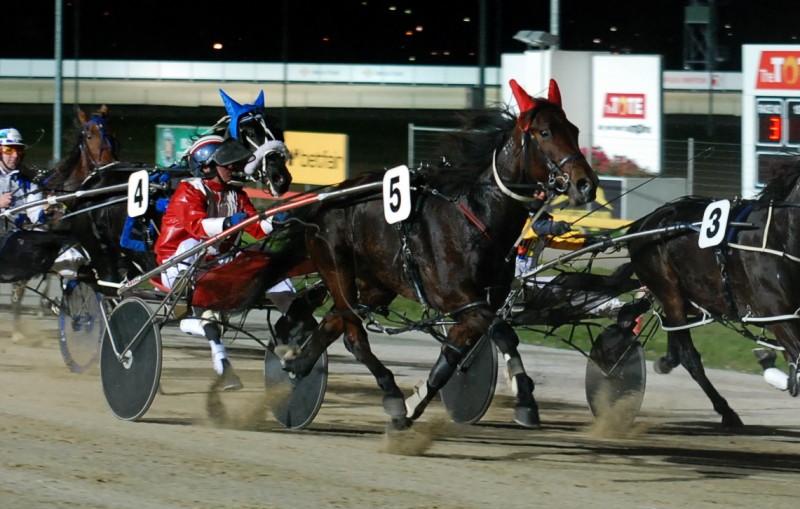 Rattray last won the race in 2000 with Mountain Glory with his two previous cups won by Genghis Karalta in 1993-94.

Tonight Rattray has two top chances in Beautide and the much-improved Biggernbettermax.

Beautide was Tasmania’s best two-year-old and he has progressed each season and goes into this race having won 23 of his 37 lifetime starts with his latest victory in an Easter Cup heat last week in which he scored from Our Sir Jeckyl and Watchmefella.

At his previous start he won the Metropolitan Cup that boasted a small field of five.

Tonight he will step from the front mark but on the inside of the second row.

Biggernbettermax finished fifth at his most recent start in a heat of the Easter Cup behind interstate invader Mickey Mac but he was doing his best work at the end and was beaten only four metres.

Prior to that he won the NWTHA Cup at Devonport before winning the Harding Hotmix Devonport Cup in which he finished ahead of five of the horses he will meet tonight.

Rattray’s brother Kent Rattray will hitch up Quastor Centurion that was placed second to Mickey Mack last week but he has been racing well of late and get’s his chance to win another feature race courtesy of him drawing the pole position (barrier 1).

Mickey Mac is the only interstate invader in the race but the way the John Nicholson-trained gelding won his heat the son of Troublemaker is the one to beat from gate five on the front line.

Our Sir Jeckyl, a winner of 35 of his 105 starts and a former Easter Cup winner (2011), campaigned successfully in NSW prior to returning to Tasmania.

He was previously trained in Tasmania by Tony Petersen who prepared him for multiple feature race wins including his Easter Cup triumph three years ago.

The gelding finished just behind the placegetters the following year when off a 20-metre handicap which is the same mark he faces tonight.

The other feature race is the Golden Slipper for two-year-olds and while it boasts only five starters due to two scratchings, it promises to be a good race.

Resurgent Spirit, prepared at New Norfolk by Rod Whitmore and driven by James Austin, is unbeaten from three starts and goes into this event on the back of an impressive win in the Tattsbet 2YO Pace over 1609m in Hobart two weeks ago that followed an effortless victory in the Youthful Stakes.

The logical danger is the other unbeaten youngster Mickwillrev that won on debut at Devonport and followed up with an impressive win in Launceston last Sunday night in a 2C0-2C1 over 1680m with Gareth Rattray aboard.

Mickwillrev is prepared by Craig Hayes who rates the youngster one of the best juveniles he has trained.