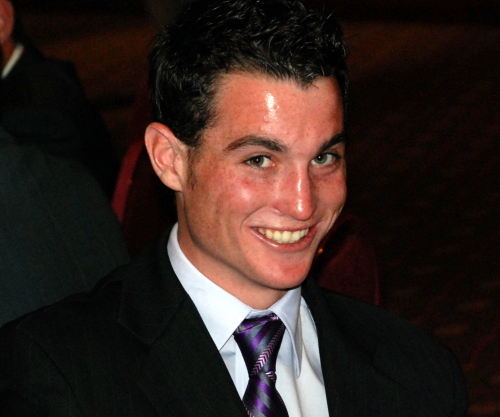 IT is highly unlikely that Todd Rattray can overhaul Nathan Ford in the race for the state novice driver’s premiership but four wins from only five drives at Devonport last night has sent the talented young reinsman into second spot ahead of Mark Yole.

Rattray’s winners were Blacktie Affair, Bonnie Wee Charlie and Crash Cart, all of which were trained by Heath Szczypka, with Rattray’s night capped by Cardinal Tucker’s impressive win for Launceston trainer Chester Bullock.

Rattray’s four win haul was matched by Szczypka who also prepared Glory Is Illusive to win the last race on the eight-event card, the Mick Fruit & Veg Pace over 2297m.

It was the first time both had emerged from a meeting with four winners.